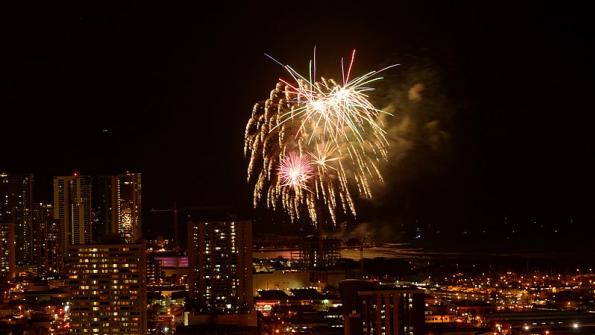 In the wake of numerousl July Fourth celebrations, several Iowa communities are having second thoughts about a new state law that permits the use and sale of fireworks.

In the wake of numerousl July Fourth celebrations, several Iowa communities are having second thoughts about a new state law that permits the use and sale of fireworks.

Since early May, Iowa state law has allowed fireworks to be used during two periods throughout the year: June 1 to July 8 and Dec. 10 to Jan. 3, the Globe Gazette reports.  The law allows cities to enforce an outright ban, but prohibits cities and counties from banning sales of fireworks in their jurisdictions.

The Iowa cities of Davenport and Bettendorf, as well as Scott County chose to go along with state law to see what effect the allowance of fireworks would have in their areas, according to the Gazette.

However, those opinions appear to have changed. On July 5, Davenport reinstated its ban on fireworks, according to Iowa TV station KWQC. The decision was made based on fireworks use around the Fourth of July holiday.

"We felt it was important we gave our citizens an opportunity to see if responsible use could happen under those guidelines, and I think we have all been concerned with some of the irresponsible use that we have experienced over the last few weeks," Mayor Frank Klipsch said during a July 5 city council meeting, per the Gazette.

Davenport alderman Mike Matson has said that city officials are working to develop tighter guidelines on usage for future usage, and that the council may not ban fireworks permanently, according to Iowa radio station WVLK.

Bettendorf officials received numerous fireworks-related complaints around the holiday, according to the Quad City Times. While the window fro permissible use has ended for the city, officials have discussed a united ordinance between Bettendorf, Davenport and Scott County for banning fireworks’ usage in their areas.

"All of us at staff level have heard the complaints and made the same observations you have that this is entirely too liberal what the state gave us and that we are going to come back with a pretty aggressive compression of the time frame and hours," Bettendorf City Administrator Decker Ploehn told the Times.

Dubuque, Iowa — one of the cities that hadn’t chosen to go along with state law — made its opinion on the matter known by amending its fireworks ban on July 5, according to Dubuque TV station KWWL.