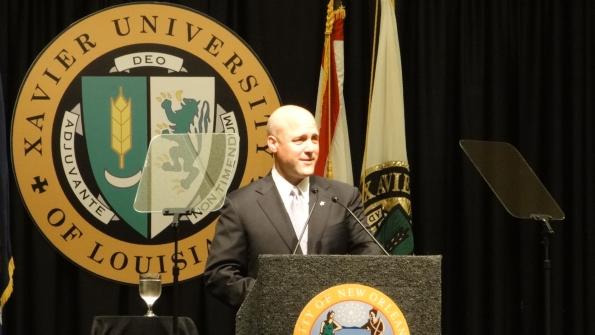 At its 85th annual meeting, held in Miami Beach, Fla., the U.S. Conference of Mayors (USCM) chose its new president, while adopting resolutions across multiple categories that promote bipartisan actions.

At its 85th annual meeting, held in Miami Beach, Fla., the U.S. Conference of Mayors (USCM) chose its new president and adopted resolutions across multiple categories that promote bipartisan actions.

“We have outlined an ambitious – and achievable – agenda for the next years, and we’re looking forward to getting back out in our communities and making a difference, not just for our individual communities, but for the country,” Benjamin said in the news release. “Mayor Landrieu, Mayor Barnett and I are eager to work together on our collective national vision and produce local results.”

Other resolutions support the general support of actions, funding and legislation regarding certain issues. Many resolutions encourage local governments to work with state and federal agencies to work towards these resolutions while furthering their own goals.

Per the organization’s site, some of the more city-specific resolutions include:

Jobs, education and the workforce

Not all mayors who are or have been affiliated with the USCM agree with certain policies advocated at the event. Oklahoma City Mayor Mick Cornett, also the immediate past president of the USCM, told The New York Times that climate change “isn’t my issue.” He added, “I’m not a me-too kind of guy.”

Jacksonville, Fla. Mayor Lenny Curry quietly exempted himself from the USCM in late 2016 or early 2017, according to Florida Politics. He told the news site that the group’s political positions and minimal value added to his office wasn’t a good use of taxpayer money.

“Mayor Curry is not a member of the U.S. Conference of Mayors. He maintains his support of the President’s commitment to keeping America safe,” Marsha Oliver, director of public affairs for the mayor’s office, told Florida Politics.

In his inaugural remarks as president of the USCM, Landrieu stressed that finding political common ground was key in building a better future, and that mayors are and would continue to “lead the way on issues big and small.”

“We can see that the solutions to this country’s problems won’t come from the halls of Congress or the boardrooms on Wall Street, but instead will emerge from the Main Streets and byways of this great country,” Landrieu said. “That is our wheelhouse. This is our playing field. We are the inheritors of a great legacy and with that comes great responsibility.”