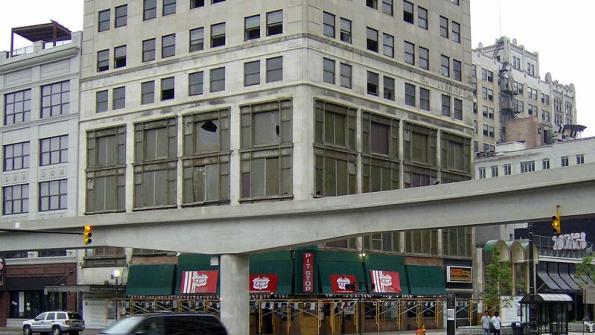 For approximately 7,000 tax-evading individuals and businesses in Detroit, it may be time to pay up.

For approximately 7,000 tax-evading individuals and businesses in Detroit, it may be time to pay up.

Detroit tax collectors are conducting a large scale litigation campaign against tax evading individuals and businesses operating at 33 properties within the city's downtown and midtown areas, the Associated Press reports. The team behind the litigation campaign consists of 11 city auditors and three attorneys, Crain's Detroit reports.

Only 14.79 percent of individuals or businesses operating out of those 33 residential and commercial properties filed tax returns for 2014, the Detroit Free Press reports.

The city has sent out 7,000 mailings to individuals officials believe should have filed taxes in 2014 but have not, the Free Press reports. Only 10 percent responded.

“We are beginning vigorous enforcement of this…There is not nearly the level of compliance with filing city income taxes as there should be," Butch Hollowell, corporate counsel for Detroit, told the Free Press. "When you don’t file, it's not fair to everybody else. It is not OK today and it never was OK as far as the law was concerned. But now the city has dedicated resources to make sure people pay their fair share."

Hollowell told Crain's that so far the campaign has been successful. Detroit has collected $5.3 million in income back taxes since April 2016 through enforcement efforts that involve law firms, residents and corporations in both downtown and midtown.

Currently, eight lawsuits are pending at the Wayne County Circuit Court against property owners, Crain's reports. The lawsuits are designed to force property owners to disclose the names and social security numbers of residents and Detroit-based businesses that aren't paying the city's income tax.

Attorneys for the owner of Broderick Tower, a plaintiff in one of the lawsuits, have called the efforts unconstitutional, according to the Free Press.

"…The city's inquiry amounts to an impermissible fishing expedition which, if permitted, would essentially create an annual audit for Detroit's apartment building owners," the attorneys wrote in their response to the respective lawsuit, per the Free Press.

Detroit residents pay 2.4 percent in city income taxes, while non-residents working in Detroit pay a 1.2 percent rate, and businesses' income have a 2 percent taxable rate, the Free Press reports. Tax evaders in Detroit can be fined $500 or serve up to 90 days in jail if convicted.

City officials hope to get an ordinance to go before the Detroit City Council within the next month that would make pursuing tax evaders easier and nullify the need to involve costly litigation, the Free Press reports.