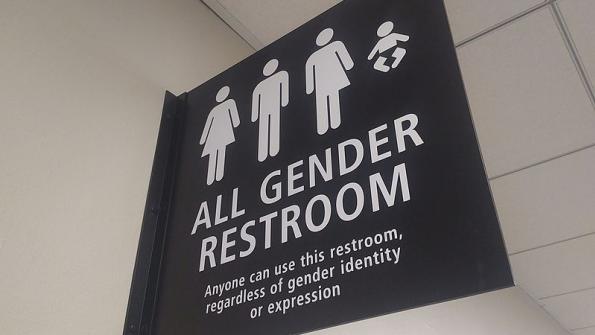 Cities across the country are enacting rules to designate city facility restrooms as gender-neutral.

Cities across the country are enacting rules to designate city facility restrooms as gender-neutral.

A $17,000 project in Minneapolis that was announced in mid-May will change signs, add new locks and designate 62 restrooms across 44 city facilities as being gender-neutral, according to the Minneapolis Star Tribune. Such restrooms will be available for anyone to use, and separate men’s and women’s restrooms will still exist.

The issue had first been brought to Minneapolis City Hall in 2014, the Star Tribune reports. City officials plan to introduce similar changes to shower facilities and locker rooms in the future, as well as making accommodations for all genders as city facilities are built or remodeled.

“We see this as part of providing better service overall to members of the public as well as to our own city staff,” Minneapolis Council Member Elizabeth Glidden told the Star Tribune. “We want to make sure people are comfortable going into restrooms.”

Jersey City, N.J., Mayor Steven Fulop signed an executive order on March 23 that designated all municipal building restrooms to be gender-neutral, NJ.com reports. The order requires signs to be placed by restrooms noting, “Gender diversity is welcomed here; please use the restroom that best fits your gender identity or expression.”

“This step is Steven Fulop once again being a pioneer and leading by example when it comes to treating transgender residents with dignity and respect,” Christian Fuscarino, executive director of Garden State Equality, told NJ.com.

Public education has seen some gender-neutral restroom reforms, too. On May 2, New York City Schools Chancellor Carmen Fariña announced that every city school building must arrange to have at least one single-stall restroom designed as gender-neutral by January 2018, the New York Daily News reports. Such stalls will be fore students with gender concerns as well as medical issues.

New York City schools will get privacy and safety instruction and school administrators will consult with custodial staff and school principals to best identify restrooms that can be turned into student-use restrooms, the Daily News reports.

“We are dedicated to providing every student with a safe, supportive and inclusive learning environment,” Fariña told the Daily News. “As part of that commitment, we want to ensure that all students receive the additional privacy they need and have access to a restroom that aligns with their gender identity.”

However, not all public administrators are so welcoming of concept. Even after a similar North Carolina law drew mass derision, the Texas state senate introduced a bill in January that would require people in Texas to use restrooms that correspond to the gender listed on their birth certificates, the Chicago Tribune reports.

“It’s the right thing to do,” Texas Lt. Gov. Dan Patrick told the Tribune in January. “The people of Texas elected us to stand up for common sense, common decency and public safety.”

The bill was passed in March, the Dallas Morning News reports. While presenting the bill to senators, Texas Sen. Lois Kolkhurst said, “I think the people of Texas expect boundaries between gender,” per the Texas Tribune.

So far, Washington, Philadelphia, Seattle and Austin, Texas, have enacted rules in their jurisdictions for establishing gender-neutral restroom in city facilities, according to NJ.com.

Should governments update their facilities to offer gender-neutral bathrooms?