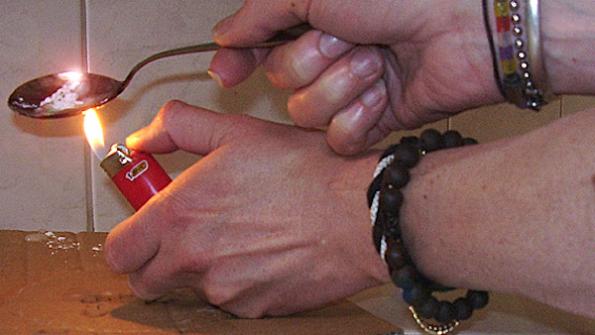 As the opioid crisis continues to affect communities across the nation, some local governments are fighting the diseases spread through intravenous drug use through needle exchange programs.

As the opioid crisis continues to affect communities across the nation, some local governments are fighting the diseases spread through intravenous drug use through needle exchange programs.

The Frederick County, Md., Health Department’s Behavioral Sciences division has begun a grant-funded feasibility study of establishing a syringe service, or needle exchange program, in the county, according to the Frederick News-Post. The Maryland Department of Health and Mental Hygiene awarded the $23,000 grant to the division, which is technically a unit of the state department.

“We know that addicted people will continue to use until they’re ready to get treatment, so this can at least reduce the risk of drug use and the potential for disease transmission,” Frederick County Director of Mental Health Services Andrea Walker told the News-Post. “It’s another way to build relationships with addicted members of the community and reach out to them where they are.”

Walker calls needle exchange programs a matter of “harm reduction,” as they try to prevent negative side effects of drug addiction, the News-Post reports.

Meanwhile, an unorthodox needle exchange program is being implemented in Las Vegas through specialized vending machines, the Washington Post reports. The program, which is the first of its kind in the U.S., will allow users to get clean needles from three machines. One such machine will be housed at a counseling center where addicts can get more information on addiction treatment.

While the needles will be free, program users must fill out paperwork and get an ID number to monitor their use, the Post reports. The program is a joint effort between public health agency Southern Nevada Health District, the Nevada AIDS Research and Education Society and vending machine developer Trac-B Exchange, the Las Vegas Review-Journal reports.

“Having access to clean syringes is a harm-reduction approach that’s going to allow people to protect themselves against getting communicable diseases such as HIV and hepatitis C,” Chelsi Cheatom, program manager for Trac-B Exchange, said after a news conference, per the Review-Journal.

Not all local governments are as open to the needle exchange idea, though. Delaware County, Ind., officials have voiced strong dissent against the idea of needle exchanges, Indianapolis TV station WXIN-TV reports. The comments come after Indiana Governor Eric Holcomb signed a law that lets counties set up their own needle exchanges without needing to get state approval.

Delaware County Commissioners have even approved the drafting of a formal measure that will state the county’s opposition to a needle exchange, WXIN reports.

“Essentially what you see here is everything but a lighter and heroin,” Delaware County Chief Deputy prosecutor Zach Craig told WXIN. “I look at it as kind of providing the infrastructure for the heroin drug trade in our state.”

Neighboring Marion County has set up a needle exchange program, and program director Stephenie Grimes says it was implemented to halt an outbreak of Hepatitis-C and the spread of HIV in the county, according to WXIN.

“Our mission is disease control,” Grimes told WXIN. “We started this, we continue this to stop the spread of disease. If we took the syringes away, they’re still going to use. And they’re going to go back to using dirty syringes.”

A recent Kentucky Health Issues poll of Kentucky residents found that 49 percent of respondents were in favor of needle exchanges, while 43 percent opposed them, according to the Cincinnati Enquirer.

What do you think? Should local governments involve themselves in these types of programs?

Should tax dollars be used to fund needle exchange programs?