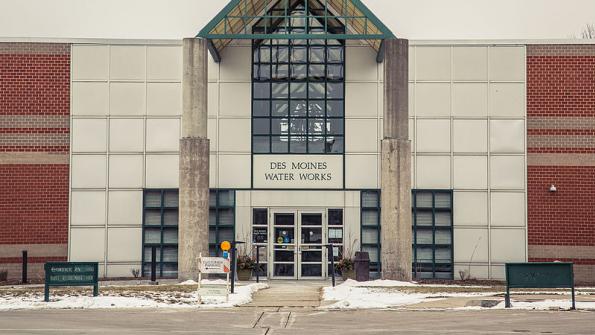 Des Moines, Iowa, plans to build a new $70 million municipal services/public works center. But the city will need to raze houses, businesses and a church to erect the facility.

Des Moines, Iowa, plans to build a new $70 million municipal services/public works center, but the city will need to raze houses, businesses and a church to erect the facility.

The city recently started eminent domain proceedings to acquire approximately 57 properties and 19 acres of land near the city’s downtown area on April 17, the Associated Press and Des Moines TV station KCCI report. Depending on how the proceedings go, the city could commence construction later this year.

“Eminent domain can take months if not a full year because there’s plenty of protections for the property owners — rightfully so — under state law,” Des Moines City Manager Scott Sanders told the AP.

However, a group of abandoned houses, businesses and a church current sit on the property, the Des Moines Register reports. It’s currently unclear what will happen to the area’s current occupants, but some fear for their businesses and communities

Bob Perkins, who owns Perk’s Auto Spa in the area, says that it will hurt his organization, Des Moines TV station WHO-TV reports.

“If anyone has got a building, let us know,” Perkins told WHO. “All we can do is roll with the punches, I mean it is what it is. But yeah, it’s not good.”

Leaders of King of Kings Missionary Baptist Church believe the move could hurt their community, per the Register.

“You’re asking us to relocate a church, which is a lot different,” Jamel Kirby, treasurer for King of Kings, told the Register. “With a business, I just go online or in the paper and announce our new address. With a church, you can’t not be open for service.”

While Des Moines has earmarked $4.7 million for compensating businesses, some property owners are so far unsatisfied.

“My neighbors and I don’t think that’s enough,” Donald S. Haugh Sr., who owns 26 properties in the targeted area, told the Register. “That’s my 401(k), my pot of gold, and I don’t want to have it stolen from me.”