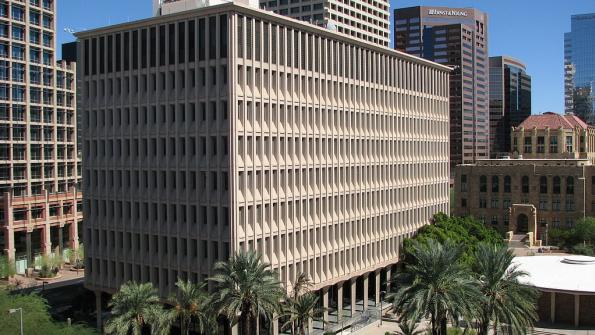 “The city has sat with this plethora of land since point of beginning and it’s just grown like mold," retired real estate agent Greta Rogers told the Phoenix city council, per the Republic. "I’m glad we’re finally addressing this situation."

After the Republic’s report, Phoenix City Manager Ed Zuercher had his staff begin an ongoing review of Phoenix’s 5,500 properties, the Republic reports. While the city has no estimate for how much it spends to maintain vacant lots, the Neighborhood Services Department owns about 300 parcels of land and spends about $180,000 per year to maintain them, according to the Republic.

“We spend about $50 a lot per month to maintain those properties, predominantly use general funds,” Neighborhood Services Director Chris Hallett said at a subcommittee meeting, per Phoenix radio station KJZZ. “So, that’s costing us $15,000 per month just for those that could be saved once these are redeveloped.”

Deputy City Manager Paul Blue recommended that in selling its land, the city could save money in maintenance costs and legal issues, KJZZ reports.

“Whether it’s as simple as slip and fall or other kinds of things that are not imaginable that occur,” Blue said at a council meeting, per KJZZ. “When things that we aren’t using or don’t have a near term use it is better to, in some cases it is better for us to not have those.”