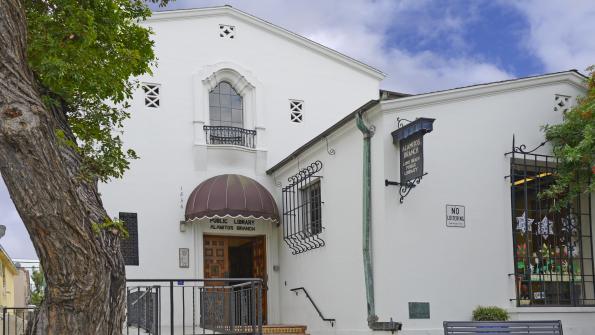 Cities use historic property tax incentives to preserve the past and bolster economies.

While historic architecture is a direct window into a place’s heritage, razing older buildings in favor of constructing more modern structures is a common occurrence. To spur motivation in preserving historic sites, cities are implementing tax incentive programs for restoring and rehabilitating those historic properties.

Tax incentive programs for historic properties exist at the local, state and federal levels and often apply to single-family, multi-family and commercial buildings. The programs usually manifest as tax credits or tax abatements for qualifying historic properties that are to be restored or rehabilitated. Property owners who secure the tax incentive save tax money, while city- or state-set rules govern how those owners can modify their properties to preserve architectural integrity.

“I think one of the misperceptions [of historic preservation] is, it’s more expensive to renovate,” says Joe Marinucci, president and CEO of the nonprofit Downtown Cleveland Alliance, which is dedicated to building a dynamic downtown Cleveland. “Especially when you’re able to take advantage of some of these programs, you really can renovate in a cost-effective way.”

State tax credits have a track record of positive economic impact, as several studies show. For example, a PlaceEconomics study of the Oklahoma Historic Tax Credit’s impact on the state’s economy from 2001 to 2015 found that every $1 awarded in historic tax credits “[spurred] $11.70 in economic activity,” and that historic rehabilitation created about 450 jobs per year.

Some states’ historic tax incentive programs involve municipalities administering and implementing them. Enacted in 1992, South Carolina’s Bailey Bill lets cities offer a property tax abatement for qualifying historic properties that are to undergo rehabilitation, according to the Municipal Association of South Carolina.

Beaufort, S.C.’s Bailey Bill program freezes a qualifying historic property’s pre-rehabilitation tax value for 10 years (for city, county and school district taxes), as long as the owners pledge to invest 75 percent of the property’s assessed value back into the building, per city documents. The program was enacted in 2014 to help spur investment in the city’s historic buildings that were either in disrepair or in danger of becoming so, according to Beaufort Project Development Planner and Preservation Planner Lauren Kelly.

Kelly says 13 properties have used the Bailey Bill since its implementation, and that it’s spread more awareness of historic preservation in the city.

“Even structures that don’t necessarily qualify for the Bailey Bill, more of them are getting restored because people see that the city is being as proactive as we can be right now towards incentivizing preservation,” Kelly says.

The Bailey Bill has created a “ripple effect” of indirect economic growth in Beaufort, according to Kelly. Businesses that have opened in vacant buildings have restored them using the bill. Those businesses and restored residences being used for rentals have brought economic value through sales taxes and accommodation taxes, respectively. Contractors have also contributed to business license revenue.

“Say if there’s a vacant lot next to [a historic, restored property], it gives that owner more confidence in the neighborhood, so they’re more likely to build on that vacant lot,” Kelly says. “So I think there’s definitely a direct or indirect relationship into increased economic revenue.”

California’s Mills Act is a similar, municipally administered tax abatement program that allows California cities to issue city-established contracts with owners of qualifying historic properties that are to be rehabilitated or restored, according to the California Office of Historic Preservation.

Long Beach, Calif.’s Mills Act program recalculates the tax-related value of a historic property needing rehabilitation in exchange for the owner submitting a restoration plan, following it and maintaining the property, according to city documents and Alejandro Plascencia, a planner with the Long Beach Development Services’ Planning Bureau. The agreement is part of a 10-year contract between the city and the owner, while Los Angeles County aids in determining the new tax-related property value.

The city had administered a previous Mills Act tax abatement program in 1993, but suspended new applications in 2006 partly due to the slowing economy, Plascencia says. The city council reinstated the act with modified terms in 2015— it now targets properties needing more significant restoration. The program has also expanded its eligibility in the years since being re-introduced.

“There was a big gap in 2006 and 2015 where we weren’t issuing out these contracts here, and so there was certainly a lot of demand and requests from our historic constituencies here in the city,” Plascencia says.

Upon being implemented in Mobile, Ala., the city saw numerous economic and preservation gains through revitalized buildings, increased applications for historic designations, employment through architects and contractors, and in general, more foot traffic to the city.

“The results were phenomenal,” says Mobile Historic Development Commission Assistant Director Cartledge Blackwell. “It has revitalized so many buildings… it greatly benefited projects that are revitalizing downtown areas, and iconic grand homes that people think of when they visit Mobile… it’s greatly helped our city.”

However, the program has yet to be renewed. Blackwell says its expiration slowed buildings’ preservation and city centers’ revitalizations, raising the concerns of many in the city.

Mobile leaders, such as its mayor, have publicly advocated for the program’s reinstatement, and the city council has been in contact with state legislators and passed a resolution of support, according to Mobile Councilman Levon Manzie.

“For Alabama not to have programs such as that is a statement against tradition in a way and the value of the past,” Blackwell says. “And particularly how that past can be used as an economic development tool, heritage tourism-focused and simply getting people to re-invest in the hearts of our communities… it was clearly showed to be an effective tool for helping communities.”

Since 1976, the Federal Historic Preservation Tax Incentives program has given the owners of over 42,000 historic properties across the country a 20 percent income tax credit for the rehabilitation and re-use of historic, income-producing buildings, according to the National Park Service (NPS), the program’s administrator.

However, preservationists have mixed perceptions of how the Trump administration will affect the NPS’ program. Blackwell points to President Trump’s investment in properties like Mar-a-Lago (a National Historic Landmark) as evidence of his understanding of preservation. Marinucci cites Trump’s rhetoric on tax code revisions and Congress’s examination of the federal budget as reasons he is more uncertain about its future.

“Everybody in Cleveland recognizes the importance of the program, so our biggest challenge… with incentives is to try to ensure that the federal tax credits remain in place,” he says.