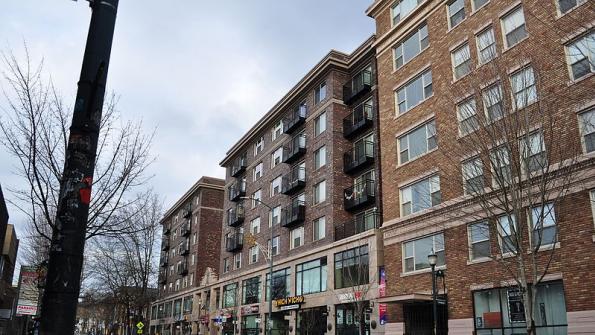 In a national first, the Seattle government has created a renters' commission to advocate for renter-related laws in the city.

Seattle government has created a renters' commission to advocate for renter-related laws in the city. The commission is the first of its kind in the country.

The Seattle City Council unanimously voted to establish the commission on March 20, Curbed Seattle reports. While the commission will have no offical power, it gives renters direct access to city hall, according to the Seattle Times.

"We just want to give renters a formal voice here at City Hall,” Council member and prime sponsor Tim Burgess said, per Capitol Hill Seattle Blog. “… Renters need landlords and landlords need renters, so if this commission can help bridge that relationship then that will be a positive move for our city.”

Only renters may serve on the commission, which will be comprised of 15 members who serve voluntarily, Curbed Seattle reports. The commission must also seek out marginalized community members like LGBTQ, immigrants and homeless people, the Times reports.

Burgess, speaking with Seattle TV station KIRO 7, said that renters have traditionally been excluded from city hall, and that it's "particularly true when we deal with communities of color or those struggling with poverty or LGBTQ members."

Landlord organizations opposed the measure, arguing that giving renters representation at city hall was unfair because some legislation can put renters' interests against landlords', according to the Times. However, a Seattle Channel poll found that 75 percent of participants said they would support the commission, Curbed Seattle reports.

Renters comprise 54 percent of households in the city, and the new ordinance will give them an official presence at city hall, according to the Times. The past four years have seen rents rise about 40 percent in Seattle, marking an ideal time for the commission's establishment.

“To renters, your life and your voice matters, and the City Council affirmed that today,” Zachary DeWolf, who first proposed the commission idea and is president of the Capitol Hill Community Council, told the Times.