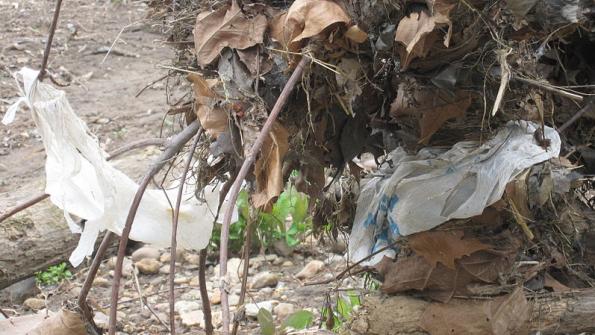 Several large metros are exploring the implementation and modification of plastic bag bans.

Several large metros are exploring the implementation and modification of plastic bag bans.

Coral Gables, Fla. could soon become the state's first city to ban the use of plastic bags, according to the Miami Herald. The city council gave preliminary approval of banning the use plastic bags in retails stores and at certain city events in early March. A second, final vote will likely occur at the council’s March 28 meeting.

So far, many have supported the measure, but business owners have either balked at the idea or pushed for a delay of action, the Herald reports.

“We have to be more conscious of the environment,” Commissioner Vince Lago told the Herald. “I feel that we can co-exist and I think the business community can adapt.”

Newport, R.I., became the second city in Rhode Island to ban plastic bags when the city council unanimously voted a second time to approve the ban, according to Rhode Island Public Radio. Per the ordinance, businesses will not be allowed to use or sell plastic bags in the city, and they have until November to comply.

Barrington, R.I. was the first city to institute such a ban, having done so in 2012, RIPR reports.

“Being one of the premier seaside towns, we think it’s important to make a statement and an impact,” Newport Council Vice Chair Lynn Ceglie said after the vote, per RIPR. She cited plastic bags’ blockage of storm drains, interference with wildlife and breakdown into pieces that pollute the local harbor as justifications for the ban.

However, plastic bag bans haven't worked everywhere. In 2013, Austin, Texas, passed a ban on single-use plastic carryout bags on city organizations and businesses, CNSnews reports. The city then enlisted the Austin Resource Recovery to investigate the ban's effectiveness, whose subsequent report was released in June and revealed less-than-stellar results.

The report showed that the single-use plastic bags had been replaced by bigger, re-usable plastic bags and paper bags with higher carbon footprints than what they replaced. Moreover, the ban increases costs for both consumers and retailers, with one Austin grocery store losing between $60,000 and $70,000 per week from customers visiting nearby grocery stores in neighboring towns without such restrictions.

Malibu, Calif., was one of the first cities to adopt a plastic bag ban, instating it in 2008, Malibu Patch reports. On March 13, the city council voted to improve the ordinance to require all retail businesses in the city to charge 10 cents per every single-use plastic bag or paper bag that a customer requests. Malibu officials hope the modified ordinance will encourage shoppers to use re-usable bags.

"We’ve come a long way in reducing single-use plastic bag trash and the environmental damage they cause,” Malibu Mayor Lou La Monte told Malibu Patch. “But as an environmental leader, we can do more, so we’ve fine-tuned our ordinance to encourage people to only use re-usable shopping bags.”