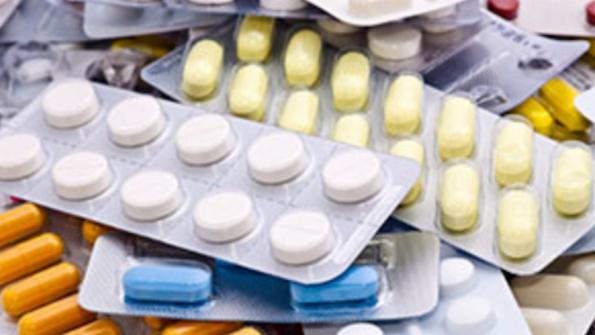 In an unprecedented case, Everett, Wash., is suing opioid maker Purdue Pharma on allegations that the company knowingly let its opioids freely flow in the city's black market.

In an unprecedented case, Everett, Wash., is suing opioid maker Purdue Pharma on allegations that the company knowingly let its opioids freely flow in the city's black market.

The lawsuit alleges that the drugmaker knowingly supplied OxyContin to suspicious pharmacies and doctors — letting the drug enter city’s black market — without taking any measures to stop it, according to the Associated Press. Accusing Purdue Pharma of gross negligence and nuisance, the lawsuit alleges that the company must pay for damages that it caused the community.

"Purdue needs to be held accountable for not taking the action they should have taken, that allowed drugs to hit these streets and make addicts of many of my citizens," Everett Mayor Ray Stephanson, in office since 2003, told NBC News.

A 2015 Snohomish County (Wash.) Health District report shows that Oxycodone and Hydrocodone overdoses in the county had risen until 2008, then sharply decreased due to drug reformulations and tighter regulations. However, heroin-related overdoses began increasing in the county between 2010 and 2012.

The Food and Drug Administration (FDA) lists OxyContin as a potent opioid that is widely available, with high rates of misuse and abuse.

“Although an individual would need a prescription to legally purchase and use OxyContin medicinally, this drug can be easily obtained through illicit channels. The high volume of OxyContin supply available to the public, and the discrepancy between the fair and black market value of the medicine, contributes to diversion, illicit sale, and abuse of OxyContin,” the FDA’s entry on OxyContin reads.

Stephenson said the opioid crisis in Everett has affected several city departments, NBC reports. Public works employees clean up trash and discarded needles on one street three times a week, which cost the city $160,000 last year. Everett has also introduced a new police task force that pairs a social worker with an officer to steer homeless addicts towards treatment.

"The majority of them want help," Everett police officer Kevin Davis told NBC. "But not having the facilities available, the detox beds open, the stuff they need to get into right away, poses the problem."

The lawsuit was initially filed in January and is now being heard at a federal court in Seattle, the AP reports. Everett’s lawsuit is the first to accuse the pharmaceutical company of knowing its drugs were flowing into the black market, but did nothing to stop it, NBC reports. However, other states and municipalities have filed lawsuits against Purdue Pharma that accuse it of deceptive marketing.

Purdue Pharma has previously paid $19.5 million in fines from a multi-state lawsuit, Ars Technica reports. In 2015, it agreed to pay the state of Kentucky $24 million as part of a case settlement.

In a statement provided to NBC, Purdue Pharma claimed the city “paints a flawed and inaccurate portrayal of events that led to the crisis in Everett."