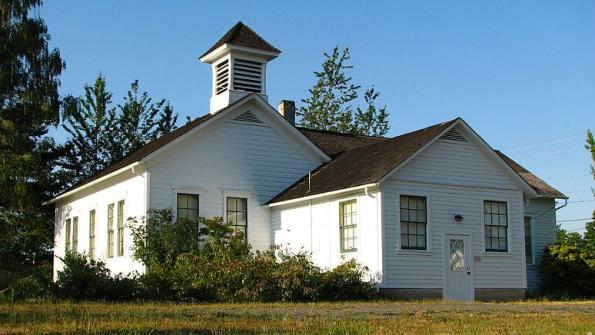 What causes a town’s collapse?

Small cities and towns are folding in the face of monumental financial and political struggles.

Sometimes when small cities and towns undergo too much financial or political struggle, they collapse and disincorporate.

The Iowa State Board dissolved Mount Union (population: 98) on March 8 after a major sewer bill issue led to crippling debt in the city, the Associated Press reports. The construction of a $1.2 million sewer system in the city 10 years ago saddled it with about $274,000 in debt, which it intended to pay through sewer fees. When residents failed to pay sewer bills, the utility company creditor raised sewer rates.

While the city’s assets will be given to the state and streetlight and garbage pickup services will be discontinued, some residents will still be responsible for certain sewer bills, according to the AP.

"I know we can't stop this, we tried," former Mount Union City Clerk Linda Johnson said before the vote, per the AP. "And the only good thing is the [city] council and all the administration will be gone, and we can start to heal our wounds. It wouldn't be this way if it hadn't have been for them."

Centerville, N.C. (population: 89), will be dissolved 52 years after being incorporated, according to Raleigh-Durham TV station WRAL. The town could only offer its residents streetlight service, and its annual budget was about $5,500, the Raleigh News & Observer reports.

A proposed property tax would have made Centerville eligible for state funding, the News & Observer reports. Once that measure was voted down, the tiny town unanimously voted to dissolve its charter in February, according to WRAL.

“It was a very tough decision,” Centerville Councilwoman Amy Denton told the News & Observer. “We had to ask ourselves why we existed and what additional services we would be giving people in return for a tax. We haven’t grown, and we haven’t wanted to. Ultimately, there were too many unknowns in too rural of a community.”

“Damascus' experiment being a city is over," Chris Hawes, a Damascus resident who led the disincorporation campaign, told The Oregonian at the time. "We gave it a shot and it just didn't work out."