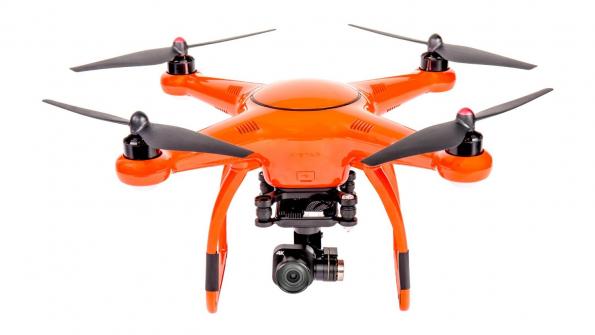 Attorney: What governments need to consider when putting a drone into service

Attorney Sean Pribyl offers some tips to governments that are thinking of acquiring a drone for law enforcement or other applications.

Governments are counting up the ways they can use drones. The Idaho Transportation Department has identified bridge inspection and search and rescue as ideal fits for drone technology within the department. The American Civil Liberties Union is offering an online fact sheet on privacy concerns when drones are used for surveillance.

Sean Pribyl offers some tips to governments that are thinking of acquiring a drone for law enforcement or other applications. Pribyl is an attorney in Blank Rome’s Drone practice group. In addition to his experience at Blank Rome, Pribyl was an attorney with the U.S. Coast Guard, where he frequently advised government entities on the use of drones.

GPN: What should a city or county government or police department do if it is thinking of acquiring a drone fleet for city use?

Sean Pribyl: The government and/or department should evaluate the authority and jurisdiction of the intended use of a drone fleet while considering the legal risks, liability concerns, and potential claims associated with the intended operations. Drones acquired, owned, and operated by governments or police departments would likely be considered Public Aircraft, and accordingly, the respective office would require a Certificate of Authorization (COA) from the Federal Aviation Administration (FAA) to conduct Unmanned Aircraft Systems (UAS) operations in the National Airspace System (NAS).

If a government entity acquires drones, they should also establish robust policies and procedures to ensure they safely operate them in conformity with FAA regulations, and to safeguard individuals’ privacy, civil rights, and civil liberties.

GPN: Are there any drone models best suited for governments?

SP: Selection of a drone model depends on the scope of the intended operations, and numerous models are now available on the market from a wide range of reputable vendors. Various models offer features that may better suit a particular mission set, and some are designed to operate in certain environments and for specified operations, hence the importance of conducting due diligence in understanding the intended operations before procurement. At the outset, governments should also evaluate the attendant risks and benefits with whether to procure and operate its own drone fleet, or in the alternative, contract for services or lease a drone owned and operated by a third party.

GPN: What is the first step a city or county should take re: drone use?

SP: Since a local government must operate drones within its respective legal authority, the first step should be to discuss the proposed full scope of use and intended operations with legal counsel to ensure compliance with legal and regulatory requirements.

The FAA regulates UAS operations in the NAS, but a critical determination must be made before operating drones as to whether the intended use would fall within federal regulation, or within laws traditionally related to state and local police power, such as a requirement for police to obtain a warrant prior to using a UAS for surveillance.

SP: It’s very difficult to pinpoint the most likely governmental use of drones since the advantages and potential uses are seemingly endless, limited only by the applicable legal regime. Generally, drones can reduce costs, increase efficiencies, and reduce injury or dangers to employees, and these advantages are not discriminate of particular departments or agencies, although the governmental activities in which an agency is engaged may be dispositive of the potential benefits.

For example, drones may assist law enforcement with surveillance operations and investigations, first responders with search and rescue operations, and highway or utility services with inspections and appraisals, but each department or agency may be operating under unique legal authorities and jurisdictional limitations.