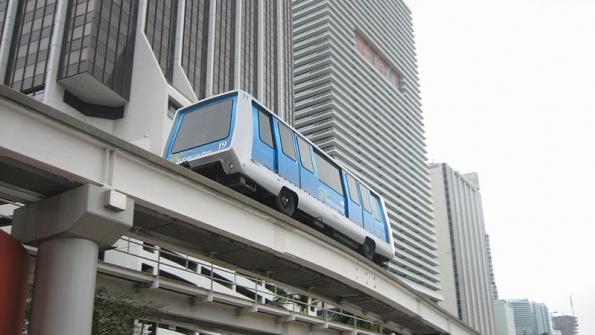 Miami-Dade County has approved a partnership-based project with a technology company that will lead to free Wi-Fi being available on all of its public transit vehicles as well as throughout the county.

Miami-Dade County has approved a partnership-based project with a technology company that will lead to free Wi-Fi being available on all of its public transit vehicles as well as throughout the county.

The county is implementing the network through a partnership with Massachusetts-based CIVIQ Smartscapes, a smart communications infrastructure company, according to the Miami Herald. The partnership’s goal is to “implement the nation’s first fully integrated smart city ecosystem throughout Miami Dade,” a news release stated.

“Miami-Dade is a great example of a municipality rethinking the real value of technology as an enabler to livable, sustainable communities. The mayor is taking a very direct approach that will truly engage residents and reach out to them directly,” George Burciaga, managing director of global government development and innovation at CIVIQ Smartscapes, said in the news release.

The first phase of CIVIQ Smartscapes’ contract with the county will entail the company installing and maintaining up to 300 of the kiosks, called WayPoints, as well as 1,000 Wi-Fi devices in public transit vehicles and 51 Wi-Fi devices for public transit stations, according to Curbed Miami. WayPoints will be interactive and include free, high-speed Wi-Fi. Additionally, they will provide transit schedules, alerts and information on local businesses, GCN reports.

“These new devices and services are much more than a new way to access the internet,” Alice N. Bravo, director of transportation and public works at Miami-Dade County, said in the news release. “Greater connectivity in the transit system means increased efficiency, less downtime, and overall better experiences for our passengers.”

CIVIQ Smartscapes is financing the project with $20 million in upfront costs, Miami TV station NBC 6 reports. It will then use digital ads on the WayPoints to generate revenue. Miami-Dade will receive a revenue share of 3 percent in the first six years, which will increase over time, Miami Today reports. Altogether, the project will entail a zero-net cost for taxpayers, Curbed Miami reports.

“This is one of the single largest tech upgrades, providing real-time benefits to residents of Miami-Dade I’ve seen in my years here,” Miami-Dade CIO Angel Petisco said in the news release. “I look forward to working closely with CIVIQ to bring the best in urban technology to the county, the benefits of which I have no doubt will be widespread and multifarious.”