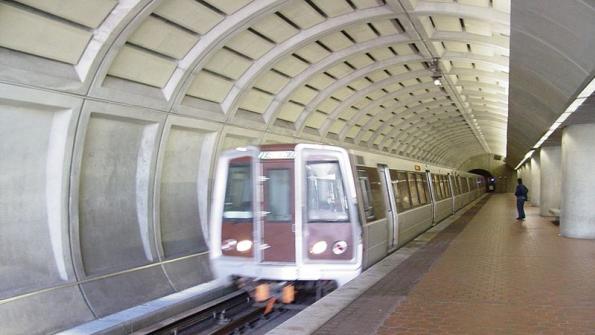 An investigation into falsified inspection records has led to the firing of one-third of the Washington Metro’s track inspection staff.

An investigation into falsified inspection records has led to the firing of one-third of the Washington Metro’s track inspection staff.

The 21 firings include five supervisors and 16 track inspectors, the Washington Post reports. The investigation that led to the terminations started in August and has also led to the disciplining of 14 other employees.

The investigation kicked off after a six-car Metro Silver Line train derailment at East Falls Church in northern Virginia on July 29, NBC Washington reports. An initial report by the National Transportation Safety Board determined that the tracks and their rail ties were in severe disrepair.

Metro General Manager Paul Wiedefeld said that the terminations had more to do with the falsified records than the derailment itself, the Post reports. In addition, Wiedefeld promised a number of changes in the Metro’s operations.

“We are taking a number of actions to improve our inspection program overall,” Wiedefeld announced at a Metro board meeting, per WAMU. “We are focused on the introduction of a new standards manual for our track inspectors and training for Metro employees.”

“We will deploy a ten-week track inspection training course that we will launch after the manual is completed,” he continued. “Everyone in the department will be retrained.”

Amalgamated Transit Union (ATU) Local 689 represents Metro employees and has pledged to fight the firings because Metro hasn’t given enough evidence to back the terminations up, the Post reports. Raymond Jackson, ATU’s second vice president, blamed the errors on the Metro’s culture of emphasizing making deadlines over ensuring their riders’ safety.

“We are going to defend our members,” Jackson said after a board meeting, per the Post. “We’re going to investigate the situation. We’re going to look into all the facts. And if the facts show that they did something wrong… at the end of the day, the process is what it is.”