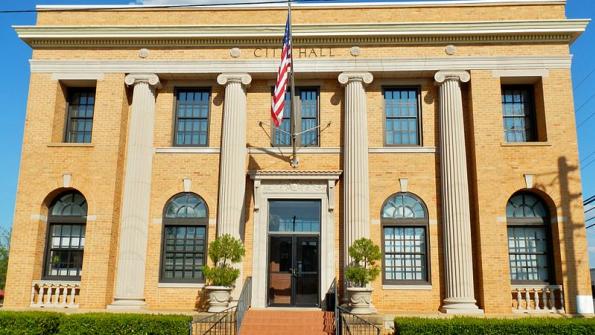 Nearly 77 years ago, a brutal hate crime occurred in LaGrange, Ga. Now, the local police chief and other LaGrange officials are publicly apologizing for it, with promises to do better moving forward.

Nearly 77 years ago, a brutal hate crime occurred in LaGrange, Ga. Now, the local police chief and other LaGrange officials are publicly apologizing for it, with promises to better serve the community through law enforcement moving forward.

On Sept. 8, 1940 while sitting in a LaGrange, Ga. jail, an African-American man named Austin Callaway was taken by a group of masked white men, who held the lone jailer at gunpoint while demanding he open the 16-year-old’s cell, according to CNN. Callaway was summarily shot in the head five times, found abandoned on a dirt road and taken to a hospital, where he died.

While newspapers around the country reported the kidnapping at the time, the local news story on the incident occurred on the last page of a LaGrange Daily News issue— “Negro Succumbs to Shot Wounds,” according to the New York Times. The police did not investigate, and the grand jury’s lone findings were to get better locks for the jail, CNN reports.

The local black community hadn’t forgotten the crime, and Callaway’s memory bred mistrust in law enforcement that lasted for years, the Atlanta Journal-Constitution reports. In 2017 however, the man and his community are finally being recognized.

“As the LaGrange police chief, I sincerely regret and denounce the role our police department played in Austin’s lynching, both through our action and inaction, and for that I am profoundly sorry,” Chief Lou Dekmar said before a crowd of 200 white and black residents at Warren Temple United Methodist Church on Jan. 26. “It should never have happened,” the Atlanta Journal-Constitution reports. Dekmar, along with Thornton, are both white.

The apology comes two years into a program of racial reconciliation and trust building that Dekmar and other city and county residents have participated in, the Times reports. Dekmar, who has been the city’s police chief for 22 years, had become aware of Callaway’s story a few years ago, and after researching the incident, he approached the the president of the county’s NAACP chapter, Ernest Ward, to ask if Ward would help him organize a public apology for the lynching.

Dekmar, a New Jersey native raised in Oregon, will become the president of the International Association of Chiefs of Police later this year, the Atlanta Journal-Constitution and the Times report. Ward said the apology is a start to helping with helping with day-to-day police work, while giving him more respect for Dekmar.

Civil rights leader and U.S. Rep. John Lewis (D-Atlanta), said he hopes Dekmar’s apology will inspire other agencies to do the same.

“What is happening here in LaGrange, Georgia, is so important,” Lewis told the AJC. “It is a must that there be closure, and that we find out what happened and how it happened. The police department here is making a down payment on helping other places move to this point.”