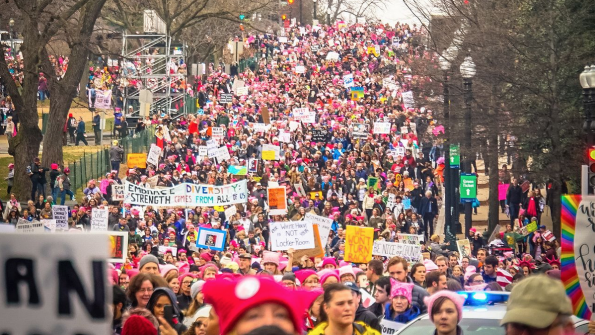 On Friday, Jan. 20, Donald Trump was inaugurated as the 45th president of the United States. The event was celebrated and protested in major cities across the country and the globe.

On Friday, Jan. 20, Donald Trump was inaugurated as the 45th president of the United States. The event brought with it a mix of jubilation and protest.

While the exact number of inaugural attendees is up for debate, photographic evidence published by multiple news sources appears to show a much smaller crowd than President Barack Obama’s 2009 ceremony. According to Vox, the National Park Service no longer provides official inauguration crowd estimates, and the DC Mayor’s Office has not yet released an official estimate.

While the new President estimated the number to be approximately 1.5 million, crowd scientists at Manchester Metropolitan University in Britain say there were approximately 160,000 people in the National Mall area in the hour leading up to the inaugural address, according to The New York Times.

Regardless of the size of the crowd there to celebrate Trump’s inauguration, a second sizable group took to the streets Friday to protest the incoming president. The protest quickly turned violent, with demonstrators smashing the windows of downtown business, and setting fire to vehicles. Six police officers received minor injuries, according to CBS News. DC police say 217 people were arrested and charged with rioting, an offense that is punishable by up to 10 years in prison and a fine of up to $250,000.  Most of those arrested have been released without bail, and will return to court in February.

However, a second, more peaceful – and much larger – protest occurred on Saturday. The Women’s March on Washington attracted at least 470,000 individuals, according to the data scientists mentioned above, roughly three times the size of the audience at the inauguration, according to The New York Times.

Sister marches took place across the country and globe, according to City Lab, without a single arrest in the U.S. At least 120,000 marched in Seattle, 250,000 in Chicago, 400,000 in New York City and 750,000 in Los Angeles. USA Today reports that according to organizers, an estimated 2.6 million people took part in 673 marches in all 50 states and 32 countries around the world.