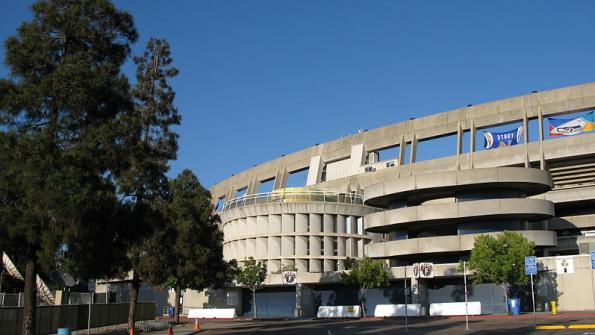 The Chargers’ move from San Diego to Los Angeles has kicked off animosity towards the franchise from the public and civic leaders in San Diego alike.

The San Diego Chargers’ move to Los Angeles has kicked off animosity towards the franchise from public and civic leaders alike.

On Jan. 12,  Chargers Owner Dean Spanos announced in an online letter that the team would be moving to Los Angeles, ending a 56-year history with San Diego.

“[The city] will always be part of our identity, and my family and I have nothing but gratitude and appreciation for the support and passion our fans have shared with us over the years,” Spanos wrote in the letter.

Since the announcement however, the Chargers organization has encountered mass derision for the move from the public and from civic leaders. At a news conference, San Diego Mayor Kevin Faulconer said Spanos “made a bad decision, and he will regret it,” according to USA Today. “San Diego didn’t lose the Chargers. The Chargers just lost San Diego,” he continued.

“Since 2013, Dean Spanos and Mark Fabiani have worked diligently behind the scenes to move the Chargers to Los Angeles,”  San Diego Councilman Scott Sherman said in a statement. “Today, they have achieved that goal and in the process destroyed nearly 60 years of loyal football tradition.”

The move comes after several unsuccessful attempts to replace 50-year-old Qualcomm Stadium — the Chargers’ San Diego home — over the past 10 and-a-half years, according to the Los Angeles Times. Qualcomm was considered to be one of the NFL’s worst venues.

In 2016, San Diego voters rejected a plan for the Chargers to increase a hotel tax in order to finance the building of a new downtown stadium, the Times of San Diego reports. The plan was to also include a convention center annex in the stadium’s $1.15 billion complex, San Diego TV station Fox 5 reports.

The San Diego Taxpayers Association carried out a report on the possible strategy, estimating that remaining debt would have been paid from the San Diego general fund, Fox 5 reports. The association called the hotel tax plan a “bad deal,” while calling its analysis “more than fair.”

San Diego’s Tourism Marketing District board also commissioned a $36,000 study of the potential complex and determined that a stadium and convention center complex would have not succeeded a necessary ways to justify its existence, according to the San Diego Union-Tribune.

“The joint use of football stadiums and convention centers has been tried and largely failed in three cities – St. Louis, Indianapolis and Atlanta,” the report read.

Spano said that the move from San Diego is primarily concerned with the organization’s inability to procure public financing for a new stadium, according to USA Today. Ultimately, the Chargers plan to share a $2.6 billion stadium with the Los Angeles Rams, which will open in 2019, the LA Times reports.

“It has nothing to do with the fans per se,” Spanos told USA Today. “It’s just very difficult to get public subsidy there and there’s just no will to do it.”

Civic leaders tried to offer condolences to the public amid their outrage. San Diego State University shared Qualcomm Stadium with the Chargers, and President Elliot Hirshman said, “We had countless good-faith discussions [with the Chargers]. Unfortunately, we didn't have a good-faith partner,” according to the Associated Press.

“San Diego will move on and be better without them,” Councilman Sherman said in his statement.  “For the rest of my time, I will do all in my power to one day welcome a new NFL owner that deserves the honor of calling San Diego home.”