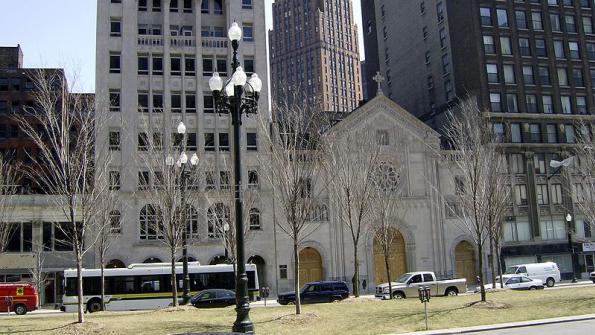 The project’s completion makes Detroit the largest U.S. city completely lit by LED lights, according to the Detroit Free Press. The project replaces 88,000 older street and alley lights, of which only about 60 to 70 percent worked.

"The condition of the streetlights is no longer a symbol of decay in the city of Detroit," Detroit Mayor Mike Duggan said in a speech, per the Free Press. "The fact that this city is lit from one end to another is a sign of hope."

The project resulted from efforts led by Mayor Duggan and the city’s Public Lighting Authority (PLA), which was created in 2013 to carry out the upgrade, according to MLive.

"Three years ago, when I took on the role of chair (of the PLA), nobody actually believed that Detroit's streetlights would ever really be functioning," Dr. Lorna Thomas told MLive. "But guess what? Today, here we are."

In addition to local efforts, the project also had some assistance from Michigan Governor Rick Snyder’s office and the Obama administration, The Detroit News reports. Duggan has said he hopes to continue to work with the White House in the Trump administration.

Shaun Donovan, director of the president’s Office of Management and Budget, has said he doesn’t believe any cooperation between the federal government and Detroit will end anytime soon.

Legislation that created the PLA also earmarks $12.5 million per year from Detroit’s utility user tax in order to pay off the $185 million in bonds that are funding the re-lighting project, the PLA’s official site notes. The project has also finished ahead of schedule and a few million dollars under budget, according to The Detroit News.

While Duggan is proud of the project, he said Detroit still has work to do to rebuild itself, The Detroit News reports.

“We’ve got to rebuild these water and sewer lines,” Duggan told The Detroit News. “We’ve got a lot of work to do on the roads, and at some point I’d like to find a way to extend the light rail.”