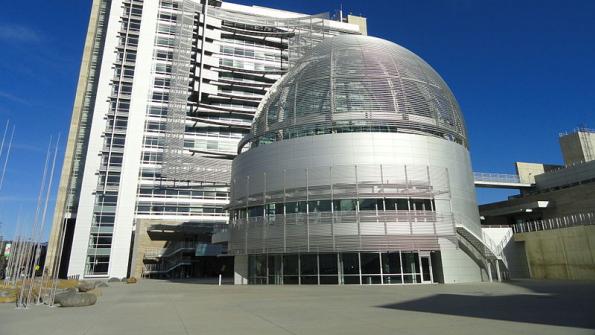 San Jose, Calif., officials have discovered that the city’s pension plan has overpaid hundreds of public safety employees for the past 20 years. Now, the city is asking for its money back.

San Jose, Calif., officials discovered that the city’s pension plan has overpaid hundreds of public safety employees for the past 20 years. Now, the city is asking for its money back.

A 2009 audit found that the city had been overpaying 300 firefighter and police officer pensions since 1998, NBC Bay Area reports. However, the city took seven additional years to confirm the numbers.

City officials have now begun contacting the retirees to pay the money back, although no deadline has been given, the San Jose Mercury News reports. IRS rules mandate that retirement trust funds must recover money if it is mistakenly paid.

"The goal is to have a process that is fair and equitable and will cause as little discomfort to the retirees, recognizing this is an error on the part of several city departments that happened long ago," Vossbrink told NBC Bay Area.

The overpayments range from a few hundred dollars to $30,000, while some city employees were reportedly underpaid, according to NBC Bay Area. The employees were overpaid about $1 million in total, the Mercury News reports.

While Vossbrink said the finance department, the retirement office and retirees hold responsibility for the issue, San Jose Retirement Services Director Roberto Peña said the city gave him incorrect payroll information, according to the Mercury News. “The board is committed to a fair, reasonable and legal resolution to this matter,” he told the newspaper.

City officials have begun hosting several public meetings for all affected retirees that will detail how they can repay the pension funds, KPIX 5 reports. The first meeting was held on Jan. 5.

At a recent city hall meeting, all retirees who attended said they never noticed extra money in their checks.

“When I received my checks, I just accepted it. I had no way to figure out if it was right or wrong,” Kathy Ragland told the Mercury News. “I didn’t have access to payroll records.”

While some city employees have expressed willingness to pay the money back, others have not. Still others have said that the fiasco has lowered their trust in city administrators.

“You basically hung all these people out to dry,” Jeff Weber, a San Jose Fire Department retiree, said at the meeting. “These people are taking the money and you’re not letting them know about this. I’m really not ready to give you guys my money. What guarantee do I have in 10 years you won’t show up at my door and say we were wrong again?”