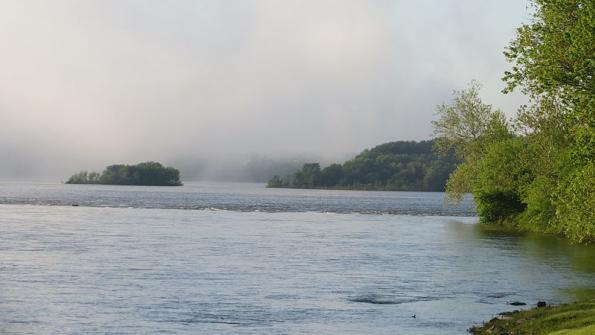 Across the country, complaints of water taste abound

In cities across the country, residents are complaining about a negative change in their water's taste. Some city officials are adjusting their water treatment processes, while officials in other cities are saying the taste change is a natural occurrence in the summer.

In cities across the country, residents are complaining about a negative change in their water's taste. Some city officials are adjusting their water treatment processes, while officials in other cities are saying the taste change is a natural occurrence in the summer.

Roswell, Ga. water utility staff fielded resident complaints that the water recently began tasting “grassy” and “earthy,” AJC.com reports. After testing the water at the water treatment facility, staff ultimately determined that chlorine was the culprit, and they have said they’re changing the chemicals used to treat Roswell’s water.

“It is not an issue that we have had,” Roswell Community Relations Manager Carisa Turner told AJC.com. “In fact, we have regularly been on the scale of excellence in water quality. It really isn’t differing from that at all.”

Roswell officials have said that the water is still safe to drink, and that residents should notice a change in the next week or two, AJC.com reports.

The federal government requires that chlorine be used to disinfect water systems serving over 10,000 people, and Redmond, Ore. officials blame the chemical for recent water taste and smell complaints the city received, according to the Bend Bulletin. The complaints about the taste and smell of their water were collected in a community survey the city conducted.

“The water looks like cloudy lemonade, looks bad, tastes bad, clothes don’t wash right,” an anonymous survey responded wrote in a survey comment. “Redmond is a good place to live, but like they say in Mexico ‘don’t drink the water.’”

Like Roswell, city officials were surprised to learn of the findings, which were brought up at a city council meeting, the Bulletin reports.

“I’m surprised by this as well — we have very clean water coming in,” Redmond City Engineer Mike Caccavano said at the meeting. “It’s all ground water, and our pipes are in good condition and flushed regularly.”

The city uses more chlorine than it’s mandated to use in treating water to make sure enough of it will arrive at the end of the water system, the Bulletin reports. Still, the city in considering making adjustments to its chlorine usage in treating water.

In two cities, officials said a change in water taste was normal and occurred during certain seasons.

A statement from Greenville, Texas acknowledged a change in water taste and odor, and it put the blame on reservoir destratification. The change doesn’t make the water unsafe to drink or use, and the statement said the change was seasonal, the Herald Banner reports.

Officials in Aberdeen, Md. said the change in the city’s water taste and its “musty’ odor results from the weather and the water’s sources, the Baltimore Sun reports.

Microorganisms thrive in the county’s water that comes from the Susquehanna River in higher temperatures, the Sun reports. These microorganisms don’t affect drinkers’ health; they only alter the “aesthetic quality of the water,” according to the Sun.

"We usually get it in the middle of August when the surface water reaches 80 degrees. It's more noticeable, if the water sits in your pipes,” Aberdeen Public Works Director Kyle Torster told the Sun, adding that as temperatures moderate, the taste and odor should return to normal.

"What's going on is the staff is testing our water daily," Aberdeen Mayor Patrick McGrady told the Sun. "It's never harmful."