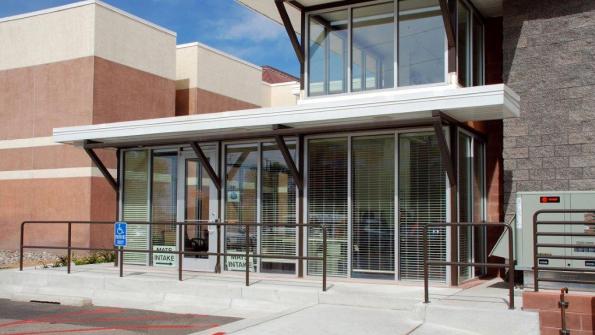 With overdose deaths increasing steadily, cities and counties are leading the fight against substance abuse on two major fronts: through community treatment services and through drug courts.

Drug abuse has long been a concern for America’s communities, and with overdose deaths increasing steadily, cities and counties are leading the fight against substance abuse on two major fronts: through community treatment services and through drug courts.

According to the American Society of Addiction Medicine, in 2014 drug overdoses killed approximately 47,055 people. This problem has been growing for at least a decade – between 2000 and 2014 the rate of overdose deaths increased by 137 percent, according to data from the Centers for Disease Control and Prevention.

Many municipal substance abuse programs include outpatient treatments, which typically involve a mix of individual and group counseling as well as substance abuse education.

Outpatient treatments such as these comprise the entirety of Cleveland’s substance abuse offerings. Cleveland Office of Mental Health and Substance Abuse Program Manager David Gretick says Cleveland offers a traditional outpatient treatment course as well as an intensive outpatient course, which differ in time commitment — the former is six hours per week for six weeks versus nine hours per week for 12 weeks for the latter.

Broach says that the detox program accepts walk-ins, typically detoxes individuals for three to five days, but allows clients to stay an additional five days to clear drugs out of their systems. While at the detox center, clients are allowed to self-administer medication, and county employees introduce the clients to the county’s additional services and assess clients’ need for these services. But not everyone who attends the detox center wants to stay sober.

“There is a significant population of individuals who honestly don’t want to stop using,” Broach says, noting that the average length of stay in the detox program is 1.2 days. Many of these individuals are there because of a legal obligation.

Bernalillo County also offers case management, two levels of outpatient treatment — one is funded out to New Mexico Highlands University — and an 80-bed aftercare facility where clients can get help in peripheral areas of their lives marred by substance abuse. Additionally, the county has several substance abuse services specifically geared towards offenders and inmates.

While their outpatient services are open to local residents, Gretick and Broach both say the majority of their clients are those facing legal action.

“Most clientele will not seek out that treatment or participate actively in that treatment until they’re in a predicament where you have a judge involved or you have some sort of supervising entity involved,” Broach explains. “My reality is, [a] client walking into an agency to get help without being mandated to get help, it just doesn’t occur as often.”

Many addicts who face legal consequences due to their drug use will enter drug courts, which allow substance abusers to get help for substance abuse outside of confinement while remaining accountable to the legal system. Drug court program criteria vary widely across local and state jurisdictions.

“Most of the people… have cycled through the system so many times that we’re trying to stop that,” Gallipolis Municipal Court Chief Probation Officer Mike Smith says. “For someone to be in our drug court, they’re pretty much the worst of the worst cases.”

By successfully completing the program, participants’ charges can be reduced or dismissed, they can regain lost privileges and their probation can be terminated, among other benefits, court documents show.

Drug courts’ ability to reduce drug use and crime have been well documented. A National Institute of Justice evaluation found that compared to probationers, drug court participants reported less drug use (76 percent versus 56 percent) and less criminal activity (53 percent versus 40 percent).

Gretick says his department has worked closely with Greater Cleveland Drug Court clients and even has a weekly presence in the drug court program.

“Things [in drug courts] are really intended to be more punitive by nature,” he says. “So if you mess up in my drug court program, guess where you’re going to go? That’s the reality. We can work with people a little bit better here. So making the courts understand that is sometimes a challenge for us.”

Many addicts don’t seek help willingly – they often enroll in treatment programs due to court mandates. However, a new initiative started in 2015 by the Gloucester, Mass., Police Department aims to help addicts without having to arrest them first.

When an addicted individual walks into a police department that’s partnered with the Police Assisted Addiction and Recovery Initiative (PAARI)’s ANGEL Initiative, that person can ask for help with their addiction and receive it without the fear of legal consequences.

Instead of arresting the addict and filing charges, officers in partnering agencies dispose of any paraphernalia and drugs on that person. Officers then connect the individual with a volunteer, referred to as an “angel,” who then guides the addict through the treatment process and their care options.

PAARI, the nonprofit that sponsors the ANGEL Initiative, has partnered with over 130 police departments across 27 states, according to a July 12 news release. The nonprofit recently partnered with Adapt Pharma to provide 10,000 doses of the company’s overdose-reversing product, Narcan, to PAARI partners across the country.

Ultimately, Broach believes that the key to ensuring successful substance abuse programs at the city and county level is open lines of communication between local and state agencies. “Governments have to talk, and I think other systems in this governmental structure like the police, the courts – they have to be on the same page,” he says.