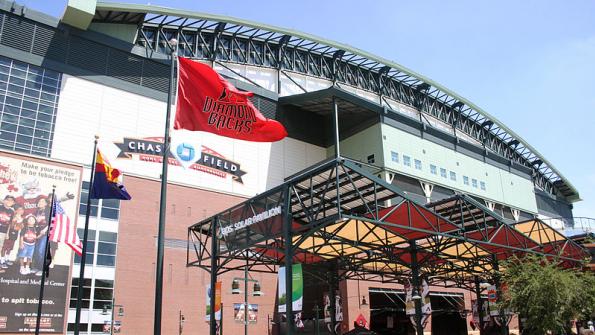 Citizens and officials have expressed dissatisfaction for sports teams and other officials trying to garner tax dollars to build new sporting stadiums and repair existing ones.

In cities and counties where professional sports teams want to build stadiums or fix existing ones, citizens and officials alike are becoming more wary.

The Arizona Diamondbacks recently appealed to Maricopa County, Ariz. for $65 million worth of repairs to their stadium, but the county has refused to do so, AZCentral reports. The county is estimated to need $187 million to pay for repairs through the Diamondbacks’ remaining 12 years on their lease with the county.

In delivering a letter to Diamondbacks President Derrick Hall, County Supervisor Andy Kunasek allegedly told owner Ken Kendrick to "take your stupid baseball team and get out" and to “go back to "f–king West Virginia,” according to AZCentral.

Kunasek expressed concern in the letter for the taxpayers since the stadium was built using public money, writing in all caps that citizens “WERE NEVER GIVEN THE OPPORTUNITY TO MAKE THE DECISION AT THE BALLOT BOX.”

Since Kunasek’s outburst, Phoenix Mayor Greg Stanton has said that he is committed to keeping the team in Phoenix, AZCentral reports.

“I'm willing to roll up my sleeves and get to work to keep the Diamondbacks,” Stanton told AZCentral.

The clandestine negotiations to build the new Atlanta Braves stadium in Cobb County, Ga. has also caused outcry among the county’s residents, AJC.com reports. Recently, voters expressed that disapproval when Tim Lee, the  county chairman who negotiated the deal with the Braves, lost his re-election bid in a landslide.

Challenger Mike Boyce won by 64 percent, to Lee’s 36 percent. While he called the Suntrust Park deal “the most beneficial economic project for decades to come,” Boyce said he would be scrutinizing the agreement between the county and the team, according to AJC.com.

While some of Boyce’s voters liked the Braves’ move to Cobb County, many objected to the deal’s secret negotiations and the committal of $400 million towards the stadium without a popular referendum.

“Cobb County is a very conservative county and people simply want the respect shown to them that if you’re going to use their money, you have to ask them,” Boyce told AJC.com.

Some cities are playing ball with citizens, though. The Arlington, Texas, City Council unanimously approved an ordinance to put a proposal for a new $1 billion Texas Rangers stadium on the city’s November ballot on Aug. 9, local TV station KDFW reports.

The referendum will see citizens voting on approving the placement of a new sales tax on themselves to replace the 22-year-old Globe Life Park. The catch is that voters will need to pass a new ticket tax and a parking tax on baseball game attendees to help finance the new stadium.

The new stadium promises to have a retractable roof and air conditioning to combat the Texas heat, which has kept fans out of the stadium in the past, according to KDFW.

Residents are divided on the proposal. Opponents say it’s a bad deal while proponents like former city council and school board member Wayne Ogle approve the economic development a new stadium would bring.

"If we never did economic development deals, if we never took extra steps to keep General Motors here, what kind of aging, degraded urban decline suburb would we be?” Ogle told KDFW.