Attorney John E. Thompson lists some of the steps that local governments can take to comply with the new U.S. Dept. of Labor overtime rules.

Changes to the federal Fair Labor Standards Act (FLSA), announced in mid-May, will greatly increase the pool of workers eligible for overtime pay. The Department of Labor’s (DOL) final rule updating the overtime regulations will automatically extend overtime pay protections to over 4 million workers during the first year of implementation. 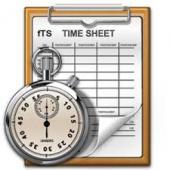 The final rule expands the pool of eligible workers by more than doubling the salary threshold that determines coverage. Under the new rules, any salaried employee earning less than $47,476 annually would be entitled to time-and-a-half for work that exceeds 40 hours per week. Currently, the salary cutoff for overtime pay is $23,660. The final rule is scheduled to go into effect Dec. 1.

The final rule applies to workers in local and state governments as well as employees throughout the U.S. workforce. The publication, “Overtime Final Rule and State and Local Governments,” discusses some of the FLSA’s provisions and requirements. One provision that is applicable only to public sector workers is the permitted use of compensatory time off. Information in the report can help state and local governments adapt to the DOL’s overtime final rule.

GPN reached out to John E. Thompson, an attorney with Atlanta-based Fisher & Phillips LLP, to find out what local and state officials can do to ensure their departments comply with the final DOL rule.

GPN: What steps can local governments take to comply with the new U.S. Dept. of Labor overtime rules?

John E. Thompson: Local governments should immediately review the exemption status of employees currently treated as exempt FLSA white-collar employees. A good approach might be to identify first those employees most likely to be affected by the coming changes.  Such an evaluation should include at least these steps:

•    Identify employees treated as exempt who are paid in whole or in part on a “salary basis” whose weekly or weekly-equivalent salaries are less than $913 (annualizing to less than $47,476). Management should consider whether it will increase these employees’ salaries to the minimum amount or will instead forgo a white-collar exemption for them. Local governments should remember that the salary-threshold requirement is not based upon annualized salaries. For example, an employee might meet the coming $913 weekly or weekly-equivalent salary threshold even though he or she started employment during the year, such that the employee’s salary payments will not total $47,476 for the year.

•    Once the higher-priority employees have been identified, management should evaluate their status based upon the duties-related portions of the exemption requirements before deciding what to do about their compensation. Outlines and checklists can be helpful in doing this, but usually they are not a sufficient basis for arriving at a final conclusion. Checklists can help to focus one’s thinking, but they are not a substitute for the essential thinking.

•    Management should identify other employees whose exemption status might be questionable to determine whether to convert them to non-exempt status or to take steps to bolster exempt status.

•    As to employees who will no longer be treated as exempt under one of the FLSA’s “white collar” exemptions, management must then decide upon one or more pay plans that will comply with the FLSA. Paying by-the-hour is one alternative, but it is not necessarily the only one. 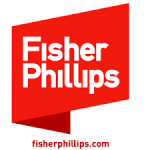 JT: Where public agencies are concerned, Section 7(o) of the FLSA does permit non-exempt employees to be paid in part via compensatory time off under certain conditions and within certain limits. So a properly implemented and properly maintained comp-time system is certainly one possible component of a pay plan that is designed to comply with the FLSA’s overtime requirements.

JT: This is one possible alternative. However, the amount of an employee’s salary is not the only requirement for one of these exemptions. The employee must also perform specified kinds of work in order to be exempt. An employee who does not satisfy the duties-related tests will not fall under one or more of these exemptions no matter how high his or her salary is.

JT: For employees who will be treated as subject to the FLSA’s minimum-wage and overtime requirements (that is, as being non-exempt), having an accurate record of their hours worked is a legally required and indispensable part of any complying pay plan. This is true no matter how non-exempt employees are paid. There is no requirement that it be handled via expensive and elaborate systems or in some other way. What matters is that it be done so as to ensure that there is an accurate record of the worktime that the employer then uses to compute the employee’s compensation so as to comply with the FLSA.

GPN: What else is important for governments in the final rule?

JT: Local governments should also keep in mind that the applicable law of another jurisdiction might impose different or stricter requirements where wage-hour matters are concerned. As just one example, state overtime law might not provide for the same exemptions as the federal Fair Labor Standards Act, or it might impose different exemption requirements that are harder to meet.

Generally speaking, the FLSA does not supplant the more-employee-favorable provisions of another jurisdiction’s laws.