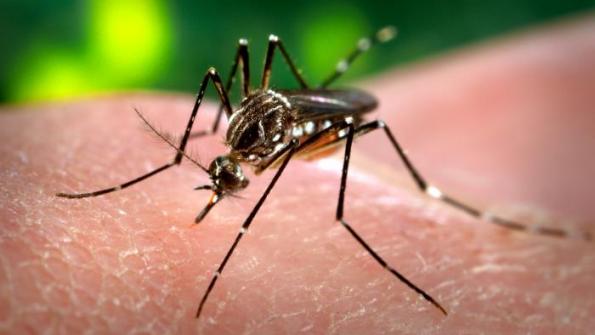 As the number of Americans infected by the Zika virus steadily rises, municipal and state officials are making efforts to spread awareness of the virus.

As the number of Americans infected by the Zika virus steadily rises, municipal and state officials are making efforts to spread awareness of the virus.

Contracted via mosquitos and sexual contact, the Zika virus causes minor symptoms that many may not recognize right away, according to the Centers for Disease Control and Prevention (CDC). But when pregnant women contract the virus, it can cause serious birth defects in newborn children.

While the virus has remained primarily active in South America, Central America and the Caribbean, 472 cases in the U.S. have been identified, according to the CDC.

Because of the rising numbers, government officials are trying to assuage the problem. Maryland Governor Larry Hogan declared the last week in April to be a statewide Zika Awareness Week while authorizing $250,000 to promote awareness and prevention measures, according to FOX 5.

"As we learn more about the serious health risks associated with Zika, it is crucial that Marylanders — especially those who are traveling to areas where the virus is being actively transmitted — are equipped with knowledge that will help reduce their chances of contracting the virus," Hogan said in a statement.

The week included a town hall meeting with Hogan and other officials urging Marylanders to educate themselves about the virus and to take precautions against it. Such precautions include removing standing water (a common breeding ground for mosquitos) and not traveling to infected areas abroad, the Baltimore Sun reports.

In San Antonio, local officials drafted a response plan to prepare for a potential Zika virus outbreak in the city, according to KSAT. The response plan includes controlling mosquito populations, dumping standing water, protecting oneself when traveling to infected areas abroad and donating blood to Zika-infected people.

Kentucky has also drafted a preventative plan against a potential Zika virus epidemic in the state that mirrors San Antonio’s plan, the Brown County Democrat reports. At a briefing on the plan and the virus, pregnant women were specifically urged not to travel to this summer’s Olympics in Rio de Janeiro.