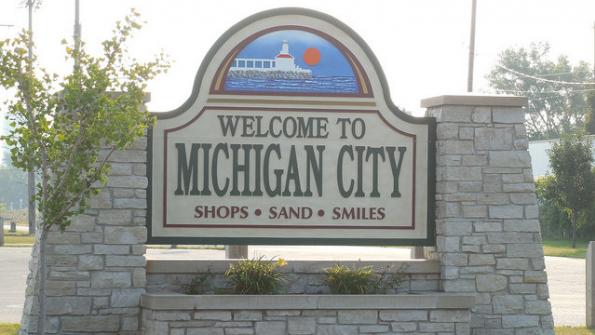 Indiana officials have installed two padded, incubating baby boxes for infants whose mothers wish to surrender them under the state's safe haven law.

Unwilling new mothers will soon be able to exert their safe haven law rights by anonymously dropping off their newborns in an incubating box at some Indiana fire stations. The plan is controversial and has drawn criticism as well as praise.

Indiana’s Safe Haven Law allows a person to anonymously give up custody of their 30-days-or-younger infant to a hospital emergency room, fire station or police department without fear of prosecution, according to the Indiana Department of Child Services.

As an extension of the law, Indiana officials passed a proposal in 2015 that approved the installation of heated and padded incubating boxes at fire stations and other public facilities, according to NBC News.

The first two of these boxes were installed in late April at fire stations in Woodburn and Michigan City, Indiana, the Indianapolis Star and NBC News report. Mothers who wish to exercise the law can place their newborns in the boxes. As soon as a baby is placed inside the box, a 911 call is made to notify emergency personnel. A second call is placed if motion sensors inside the boxes detect movement.

"[We're doing] anything we can do to make that specific situation better," Wes Rogers, captain at the Cool Spring Fire Department in Michigan City, told the Indianapolis Star. "We try to do it every day with running our calls, fighting fires and helping sick people. This is just another way to help."

The boxes are made by Safe Haven Baby Boxes, a nonprofit organization that Monica Kelsey, a volunteer firefighter, founded. Being abandoned as an infant brought her close to the safe haven law, NBC News reports. Kelsey says that while no babies have been surrendered to the boxes yet, her organization has received numerous calls, with most being women asking for adoption referrals and about the boxes themselves. One call led to a “safe surrender” in another state.

Among the boxes’ critics is the Indiana Department of Health, which recommended that the boxes not be used, the Atlanta Journal-Constitution reports. The report cited longer-term studies carried out in Europe, which showed that newborn safety incubators like the Save Haven Baby Boxes didn’t reduce unsafe abandonment or infant death.

In lieu of installing the boxes, the report states, awareness should be spread about the safe haven law.

"The boxes are literally a last resort," Kelsey told NBC News in defense. "They're the last line of defense that we are going to give these women."

The Knights of Columbus of Indiana, a Catholic fraternal organization, has pledged to pay for the state’s first 100 baby boxes, paying between $1,500 and $2,000 per box, the Atlanta Journal-Constitution reports.