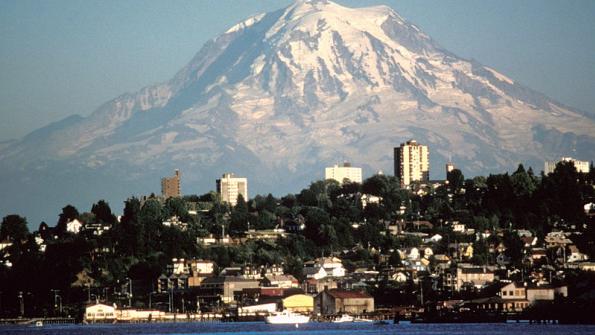 Although the school tests were conducted over a year ago, they were not reviewed until April 22 of this year, KIRO 7 reports. Some of the water contained higher lead levels than those found in the now imfamous Flint, Mich. water supply.

"At this time, it does not appear that any steps were taken [a year ago] to correct the problems at those locations. The vast majority of water at those locations showed no problems," a post on the Tacoma School District web site said, as quoted by Kiro 7.

The levels of lead found in the affected Tacoma homes' water was 25 times higher than the Environmental Protection Agency’s threshold, according to Q13 FOX.

Government officials blame the lead’s presence on “goosenecks,” or short lead pipe sections that were used between 1900 and 1940 to connect customers’ water service lines to the water main, according to KOMO News and Tacoma Public Utilities. Goosenecks offered flexible connections between rigid piping.

While Tacoma Water estimates that it’s removed 30,000 goosenecks in replacing old connections, finding the rest of the underground goosenecks may prove difficult.

“Although we believe we have removed the vast majority of these lead goosenecks, there are still hundreds of old service connections from this timeframe for which we do not have information,” a post on Tacoma Public Utilities’ website states. “When these lines were installed, details of where lead goosenecks were installed were not recorded.”

Mike Means, the acting director of the Washington Department of Health’s Office of Drinking Water, told KPLU that running tap water for two minutes can yield safe water in Tacoma, since that will allow lead-free water from the mains to flow through the tap.

News agencies across Washington report that other cities like Seattle and Everett are testing their water supplies for lead.