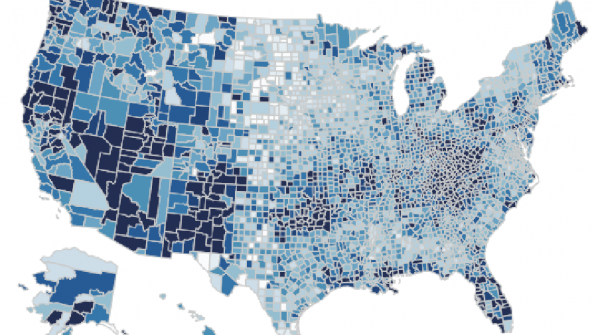 Study highlights disparities between the health of urban, rural counties

The 2016 County Health Rankings report found that there are still significant gaps in health that exist between the counties of each state, particularly between rural and urban environments.

The recently released 2016 County Health Rankings report found that there are significant gaps in health that exist between the counties of each state, particularly between rural and urban environments.

The study compared the nation's counties' 35 measures — five health outcomes and 30 health factors — to determine which counties were the healthiest in each state. Overall though, the differences between rural and urban counties were almost universal.

With the data made readily available, the County Health Rankings & Roadmaps program, a partnership between the University of Wisconsin Population Health Institute and the Robert Wood Johnson Foundation, hopes to educate populations and public leaders alike to achieve healthier lifestyles.

“The County Health Rankings show how important it is to examine all the conditions that impact wellbeing and can help families thrive,” Dr. Risa Mourey, president and CEO of the Robert Wood Johnson Foundation said in a statement.

“Communities around the nation are using the County Health Rankings to drive improvements in education, housing, job training, healthy food options, and more, as they work to build a Culture of Health,” she continued.

Residential segregation between African Americans and whites, a key indicator of health disparities, is the highest in the northeast and the Great Lakes region but lowest along the southeastern seaboard. In areas where there are high levels of residential segregation, there are typically major gaps in health between counties.

Across the board, the study found Americans don’t get enough sleep. Lack of sleep impacts health, productivity and overall wellbeing, and nearly a third of adults don’t get enough. The highest rates of sleep insufficiencies were found in the Southeastern U.S.

Where does your county stack up? Click here to view a detailed breakdown, state-by-state.  To learn more about the study, its methodologies and findings, click here to download the full report.