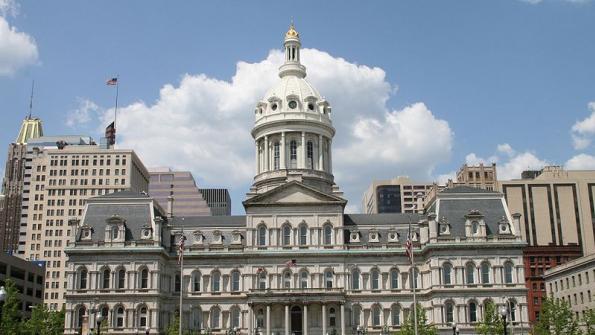 The Baltimore City Council has voted to redistribute the mayor's power among other members of the government.

The Baltimore City Council has voted to limit the power of the mayor and redistribute that power among other members of the government.

The move would grant the mayor, City Council president and comptroller equal control of the city’s spending panel, Local radio station WBAL reports. It would also allow the City Council to increase spending in the city’s budget.

The bill needs a final vote for ultimate approval, but Baltimore Mayor Stephanie Rawlings-Blake could veto the bill at any time. Were the bill to be vetoed, the council would need at least 12 votes from its 15 members to override the veto.

"The mayor believes this legislation raises serious questions about our ability to manage the city in a fiscally responsible way," Howard Libit, Rawlings-Blake's spokesman, told the Baltimore Sun.

The bill has multiple lines of reasoning behind it. One of the bill’s backers, City Council President Bernard “Jack” Young, says that one of the measures is designed to better distribute governance over the city’s Board of Estimates, which governs expenditures over $25,000.

The bill’s sponsor, City Councilman Bill Henry, told the Sun that an argument over the mayor’s proposed budget for next year underscored the need for the bill to be passed. According to Afro, a Baltimore-based weekly focused on African American issues, the $2.6 billion budget request includes a $4.2 million cut to organizations that operate community-based programs like after school programs.

Rawlings-Blake is not seeking re-election, and some of the new mayoral hopefuls oppose the budget request.

“We must always govern with the next generation as our top priority. If we don’t invest in our youth now, we will pay for the mistake later” Councilman and mayoral candidate Nick Mosby told Afro.

While not all council members voted for the bill to redistribute mayoral power, the Sun reports that the council members unanimously told Rawlings-Blake to restore the funding to those programs.