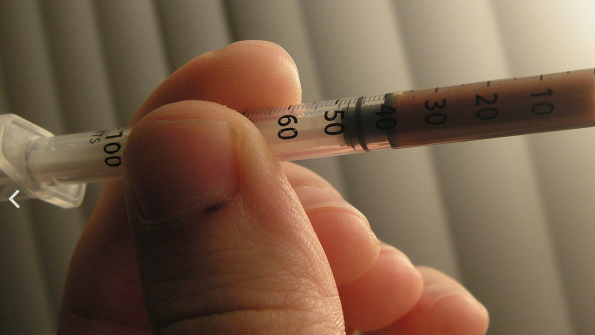 As the number of overdose deaths in America reach epidemic proportions, lawmakers are reconsidering the way addiction is thought about and managed.

To stem its rising tide of drug overdose deaths, Seattle is among a growing number of cities considering public facilities where addicts can use hard drugs like heroin under medical supervision. The move is indicative of a shifting perception on how the problem of addiction should be managed.

Supporters of such plans say the sites reduce overdose deaths, and decrease the spread of HIV and other diseases associated with intravenous drug use, according to The Seattle Times. So far, no such sites exist in the U.S.

Liz Evans, the founder of Insite, a 13-year-old safe-injection center in Vancouver, B.C., spoke with the Seattle City Council’s public-health committee last month, the paper reports. Since the opening of the center – the only one of its kind in North America – Vancouver has seen a dramatic decline in its number of overdose deaths.

Members of the council were receptive to the idea, and The Seattle Times reports Mayor Ed Murray said he would like to learn more about the program’s potential. King County Sheriff John Urquhart says he’s also thoughtfully considering the idea.

“I was a narcotics detective, so I’m still trying to wrap my head around this,” Urquhart told the paper. “But the more I hear, the more open I am to the possibility.”

The potential Seattle safe site is indicative of a shift in some policy makers’ thinking about drug use and abuse in America. Experts argue that treating addiction as a public health issue, rather than a criminal concern, would help solve the problem rather than exacerbate it.

San Francisco is also considering a plan similar to Seattle’s, although it seems officials there are less receptive to the idea, according to the Associated Press.

The San Francisco bill, proposed by Democratic Assemblywoman Susan Eggman, would make it legal for local and state heath departments to allow the use of controlled substances at sites that offer medical intervention.

"Addiction is a health care issue, and I think it's high time we started treating it as a public health issue, versus a criminal issue," Eggman said. "This bill is one step to be able to address the heroin addiction and epidemic of overdoses that we're having in our country."

Local and state law enforcement has opposed the move, however, saying it will worsen the problem of addiction, according to the AP. In turn, lawmakers seem reluctant to support the proposal and have postponed their committee vote.

"This sends entirely the wrong message regarding drug use and likely creates civil liability issues for participating governments and officials," Asha Harris, spokeswoman for the California State Sheriffs' Association, said in a statement.

However, at the federal level, President Barak Obama seems to agree that treatment, rather than the punitive measures of the past, would be more effective in assuaging the problem of addiction, according to The Guardian.

“For too long we’ve viewed drug addiction through the lens of criminal justice,” Obama said at the National Prescription Drug Abuse and Heroin Summit in Atlanta late last month, the paper reports. “The most important thing to do is reduce demand. And the only way to do that is to provide treatment – to see it as a public health problem and not a criminal problem.”

The president said he hoped his participation in the panel of would help shift the way government officials think about drug addiction. His participation came immediately after announcing a $116 million federal package to help provide treatment rather than support crime-fighting efforts, according to the paper.

The supervised consumption sites cities like Seattle, San Francisco, New York and Ithaca, N.Y., are considering would violate federal laws that ban certain controlled substances, but there is no official guidance from the Drug Enforcement Administration (DEA) on such facilities, according to the AP.

"[The] DEA focuses its resources on criminal distributors and not individual users; our focus is on eliminating the suppliers, the distributors, the larger controlled substance providers," DEA spokesman Michael Shavers said in a statement.

The AP reports that according to researchers Eberhard Schatz of the Correlation Network and Marie Nougier of the International Drug Policy Consortium, there were at least 87 supervised drug consumption centers in 58 cities around the world in 2012.