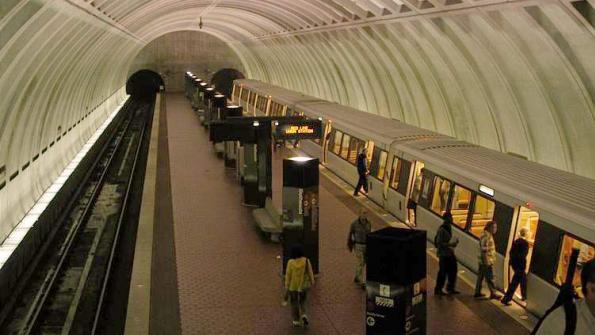 D.C. Metro lines could be shut down for as long as six months

Officials have announced that Washington Metro riders might see more shutdowns in the future that last much longer than one day.

Officials have announced that Washington Metro riders might see more shutdowns in the future that last much longer than the previous shutdown's 29-hour length.

On March 16, D.C.’s metro system shut down so that officials could inspect about 600 jumper cables on the track, according to CNBC. It was initiated because of a cable fire at one station that caused delays on March 14. The Washington Post reports that during the shutdown inspectors identified 26 areas where cables or cable-related hardware was damaged.

Now, Washington Metropolitan Area Transit Authority officials have announced that because the Metro is in such disrepair, entire rail lines might need to be shut down for as long as six months, according to the Post. The Metro has six rail lines that run across areas in Virginia, Maryland and D.C.

“The system right now, in order to do the maintenance that needs to be done, cannot be done on three hours a night and on weekends. It just can’t,” Jack Evans, Metro Board of Directors chair and a D.C. Council member (D-Ward 2), told the paper.

Metro General Manager and CEO Paul Wiedefeld said he would submit a plan in a month that would detail imminent changes, according to NBC 4.

“I’m keeping all my options open,” Wiedefeld told the Post. “There are some bigger issues here in terms of power and track… In the last few years, we’ve been trying to do this [maintenance] in a sort of piecemeal way, and basically we’ve alienated everyone.”

Commuters have a cause for alarm. The Washington Metropolitan Area Transit Authority notes that about 204 million trips were taken aboard the Metro in 2014. In May 2015, there were about 712,843 riders per day.

The shut down on March 16, which was first announced a day before it commenced, caused chaos for many commuter. Bloomberg reports that it caused wide-scale gridlock and proved to be a productive day for Uber and Capital Bikeshare, D.C.’s bicycle sharing program.

“Shutting down Metro for one workday was an inconvenience; shutting it down for months at a time will have far-reaching consequences for riders and the entire region,” D.C. Mayor Muriel Bowser (D)’s spokesman Michael Czin told The Washington Post.