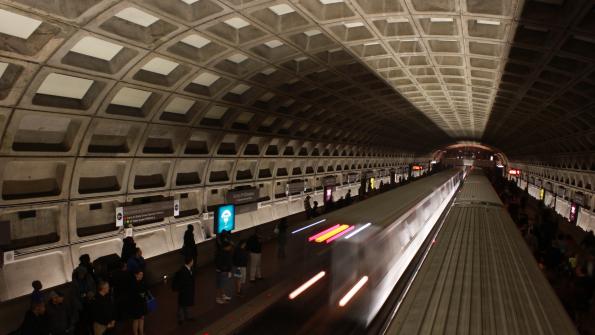 The D.C. Metrorail’s 29-hour emergency shutdown on March 16 impeded many Washingtonians’ work commutes, but it revealed dire issues with the system’s infrastructure.

The D.C. Metrorail’s 29-hour emergency shutdown on March 16 impeded many Washingtonians’ work commutes, but it revealed dire issues with the system’s infrastructure.

An electrical fire on March 14 raised critical safety concerns and prompted the shutdown, The Washington Post reports. It echoed a similar incident that occurred on the Metro 14 months ago, which led to one passenger’s death.

WRC-TV reports that during the shutdown Metro inspectors examined 600 power cables and discovered 26 areas where the cables were frayed or damaged. At a press conference, the station reported Metro General Manager Paul Wiedefeld saying that three especially problematic areas, which he referred to as  “showstoppers,” were discovered.

“While the risk to the public is very low, I cannot rule out a potential life-safety issue here, and that is why we must take this action immediately,” Wiedefeld told the Post.

DC’s Metro carries over 700,000 passengers on an average weekday to 91 stations across six rail lines, according to USA Today. It’s also the only U.S. subway that spans three jurisdictions.

A Washington Metropolitan Area Transit Authority official told the paper that this instance was the first time the Metro has been closed for non-weather-related reasons.

The event also polarized the public, with many commenting on the subject on Twitter, using hashtags like #wmata and #MetroShutdown.

“The shutdown of the Metrorail system for an entire day in the middle of the work week is an astonishing admission that safety has not been the priority it needs to be at WMATA,” Rep. Chris Van Hollen (D-Md) told the Post.

Another official recognized the justification for the shutdown, but maintained that changes in the Metro’s operation had to take place.

“[S]afety first must be a mandate,” Sen. Barbara Mikulski (D-Md.) told the Post in a statement. “I’m frustrated that it has come to this. It is long past time that Metro get to the bottom of ongoing safety concerns. There must be a sense of urgency, certainty and solutions that stick when it’s done.”

Public outcry was not the only consequence. The shutdown clogged up streets and drove up demand for alternative transportation, according to data obtained by Bloomberg.

Capital Bikeshare, D.C.’s bicycle sharing program, offered free 24-hour memberships during the shutdown. It counted a 16 percent increase in ridership on the morning of March 16 from the same time period during the previous week.

Between 6 a.m. and 9 a.m., Google’s live traffic maps showed that highways into D.C. were highly congested with traffic. Rideshare company Uber capped its surge pricing at 3.9 times the regular rate in anticipation of the shutdown.

“Today presented a hardship for the region,” Wiedefeld admitted to the Post.