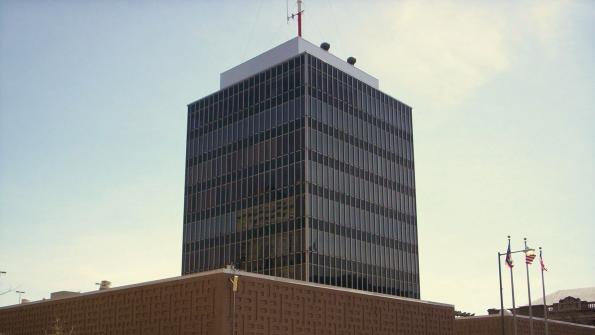 Inmates trying to sneak contraband into several county jails in Ohio will have a much harder time succeeding now due to body scanners in the jails.

Inmates trying to sneak contraband into Ohio’s Stark County Jail inside their body cavities will have a much harder time succeeding now.

The jail, located in Canton, started using a body scanner in lieu of a judge-issued search warrant on February 26, according to the Canton Repository. In its first week of use, the scanner helped deputies catch four newly-booked inmates trying to sneak drugs, drug paraphernalia and other objects into the jail.

"It's unfortunate that we need it, but it's a good tool to have," Stark County Sheriff George Maier told the Canton Repository.

The RadPro SecurPass digital security system scanner takes just eight seconds to scan a prisoner in the booking area of the jail. The scanner produces X-ray-like photos while giving off low radiation. The photos show officers foreign objects an inmate has in his or her system, including joint replacements and screws inside the body, the Canton Repository reports. (Cite this?).

Lt. Rick Ady, Stark County Jail’s assistant administrator and training officer, says that some inmates have snuck drugs into jails in the past and have given them to other prisoners. These drugs, especially heroin, have contributed to overdoses within the prison population.

"We're being proactive,” Wood County Sheriff Mark Wasylyshyn told WTOL. “We really don't have much of a problem with things coming into the jail that shouldn't be here, but we want to be proactive. We book and release four thousand inmates a year.”

Louisville Metro Corrections installed a $250,000 body scanner in 2013, according to WLKY. The scanner has caught inmates smuggling contraband such as drug paraphernalia and even a container of clean urine for drug tests. When faced with the scanner, some inmates have even confessed to hiding an object inside their body and have attempted to withdraw it.

More recently, the Merced County (Calif.) Jail began using a body scanner in October to scan all inmates being processed into the jail, according to the Merced Sun Star.