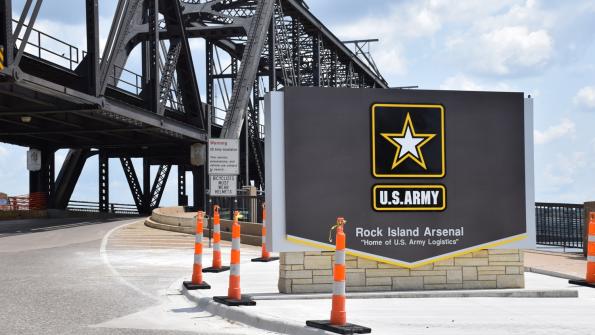 The U.S. Army and Honeywell have announced a $22.4-million modernization project at the Rock Island Arsenal (RIA) Garrison in Rock Island, Ill.

The U.S. Army and Honeywell have announced a $22.4-million modernization project at the Rock Island Arsenal (RIA) Garrison in Rock Island, Ill. The facility is the largest government-owned and operated arsenal in the U.S.

A 15-year Energy Savings Performance Contract (ESPC) from Honeywell is funding the project. The company guarantees the upgrades will generate enough savings each year to pay for the work, creating a self-funded project, which should reduce or even eliminate the need for up-front capital or additional taxpayer dollars.

The project will help the Garrison eliminate its reliance on coal-fired heating and replace it with high-efficiency boilers that will reduce the RIA Garrison’s emissions. The improvements will enable the site to comply with new Environmental Protection Agency regulations. The project upgrades will also help the Garrison address recent changes to the EPA Clean Air Act, which calls for a reduction of coal use or the installation of costly pollution control equipment in plants that burn fossil fuels.

As part of the project, Honeywell will replace the existing coal-fired central steam plant with high-efficiency natural gas boilers at approximately 30 buildings. The revamp to the heating system is expected to reduce energy consumption by approximately 11 percent and water consumption by 12 percent. The work should also reduce annual greenhouse gas emissions by an estimated 20,800 metric tons, equivalent to removing 4,500 cars from the road.

“Deferred maintenance due to lack of financial resources is a common challenge for federal agencies and other public entities. However, there are low-risk options that can help overcome these barriers,” says John Rajchert, president of Honeywell Building Solutions. “Our work with the Rock Island Arsenal Garrison is a prime example of how organizations can make important infrastructure upgrades, leveraging guaranteed energy and operational savings to help fund projects.”

Honeywell and the RIA Garrison expect to finish the project improvements by the fall of 2016. This work builds on a previous modernization project at an Army manufacturing facility that operates on the Arsenal. Together with the latest effort, the upgrades are expected to cut Arsenal-wide energy use by more than 35 percent and water consumption by approximately 30 percent.

Honeywell has completed almost 5,700 guaranteed efficiency projects around the world, including upgrades at more than 150 U.S. government facilities and campuses. Combined, this work is expected to decrease customers’ energy and operating costs by an estimated $6 billion.

The video shows what areas of operations are enhanced through the company’s Building Solutions offering.