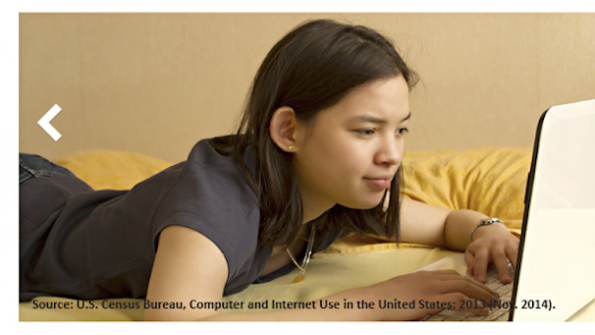 ConnectHome will close ‘homework gap’ for low-income children without Internet

The White House announced a technology program that will potentially connect 275,000 low-income homes with Internet services and digital training.

Low-income families in 27 cities will soon be eligible for free Internet access through ConnectHome, a White House initiative with the intention of closing the technology gap in cities including Durham, N.C., Macon, Ga., and Kansas City, Mo., according to an White House announcement made last week.

The pilot program will provide free Internet services, digital literacy training, and in some cases, computers and other devices to public housing units and to one Native American tribal area with school-age children. ConnectHome is expected to reach 275,000 low-income households and nearly 200,000 children.

President Barack Obama announced the new initiative during a visit at Durant High School, a school in the center of the Choctaw Nation, where 32 percent of the children live below the poverty line, according to the New York Times. The president emphasized that ConnectHome providing technological resources could make an impact on ushering in “the next Mark Zuckerberg, the next Bill Gates."

“If we don’t get these young people access to what they need to achieve their potential, then it’s our loss; not just their loss,” Obama said during the speech.

The launch of the Internet program coincides with the recent Council of Economic Advisers analysis, which illustrated that nearly two-thirds of households in lower-income homes owned a computer; less than half had an Internet subscription, according to the report.

Those statistics speak not only to the technology gap but also a “homework gap” for many children, according to the White House announcement.

“While many middle-class U.S. students go home to Internet access, allowing them to do research, write papers and communicate digitally with their teachers and other students, too many lower-income children go unplugged every afternoon when school ends,” according to the statement. “This ‘homework gap’ runs the risk of widening the achievement gap, denying hard-working students the benefit of a technology-enriched education.”

The Department of Housing and Urban Development selected the 27 communities based on local commitment to expand broadband opportunities; presence of place-based programs and need, according to the announcement. HUD will partner with EveryoneOn and US Ignite, organizations that work with private-and public-sector leaders, to increase the access to the hundreds of thousands of families that qualify, according to the White House statement.

Google Fiber, Sprint, CenturyLink and Cox Communications are some of the private partners making the Internet free for families. In some cases, families that can afford to will pay $9.95 a month for the Internet services.

Google Fiber implemented its first such free Internet partnership with the Housing Authority of the City of Austin (HACA) in November, Erica Swanson, head of community impact for Google Fiber, said in a written statement. The Unlocking the Connection initiative offered free Internet, the opportunity to enroll in digital literacy classes and access to computers in HACA’s housing units.

One of those housing units, Manchaca Village, now has more than 90 percent of its residents signed up for service, and more than half of the residents have completed digital literacy training.

“With support from local organizations and city leaders, we hope to see this same kind of success across the country,” Swanson said.