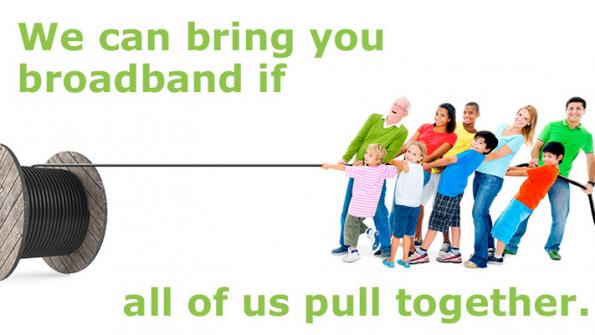 A collective of 22 Massachusetts towns have opted to take high-speed Internet access into their own hands by becoming  “Fiber Towns” – communities with municipal-run, fiber-optic broadband services.

The cooperative – WiredWest – includes a total of 32 rural towns in western Massachusetts with hopes of building out infrastructure that will allow for affordable, high-speed Internet, which had previously not been available to the residents and business owners, according to a WiredWest media release.

For a town to be included in the WiredWest network, they must have 40 percent of its households make a conditional commitment for the service and a $49 deposit toward future services; plus a 2/3rds majority vote in a town meeting to approve borrowing the remaining funds from the state. The estimated build-out cost is $79 million, according to the release.

Goshen, Mass., is one of the 22 cities to complete those requirements as of a town vote on July 2. WiredWest Delegate Bob Labrie wrote in a statement that the vote on the funding received a record turnout of 240 voters reflecting just how significant the enhanced Internet will be to Goshen’s residents.

Recently, the Federal Communications Commission has sided with municipalities making efforts to create city-run broadband systems that had faced opposition from state lawmakers and commercial Internet providers, according to an FCC release. Chattanooga, Tenn., represents what a competitive community broadband system can accomplish. The city has expanded Internet service to rural areas and gained high-tech jobs for people in that community, FCC Chairman Tom Wheeler wrote in an FCC blog.

“Removing restrictions on community broadband can expand high-speed Internet access in underserved areas, spurring economic growth and improvements in government services, while enhancing competition,” Wheeler said. “Giving the citizens of Chattanooga and leaders like Mayor [Andy] Berke the power to make these decisions for themselves is not only the right thing to do; it’s the smart thing to do.”

More than 6,700 deposits have been made for WiredWest services, representing a third of all potential subscribers, according to the WiredWest website. Basic service featuring 25 Mbps Internet will cost customers $49 monthly, and the services increase up to 1 gigabit for $109 monthly. WiredWest will also offer phone and television services once the infrastructure is complete.

The 10 remaining communities must reach the funding and voting goal by the June 2016 deadline to receive the state funding, according to WiredWest’s website. A running tally of the towns’ progress can be viewed here.