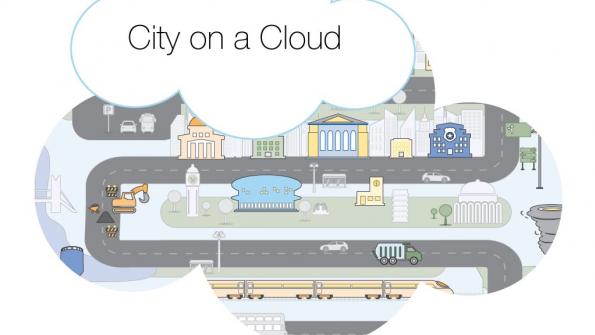 Amazon Web Services offers $250,000 in prizes in “City on a Cloud” contest

The second annual challenge will reward local and regional governments that have implemented or will implement AWS Cloud innovatively.

County and statewide government agencies have a chance at garnering $250,000 in awards from Amazon Web Services (AWS) for offering innovative ways to solve their cities' challenges through the cloud.

AWS announced its second annual City on a Cloud Innovation Challenge, a global program that recognizes local and regional governments and developers that are benefiting their citizens through the AWS Cloud, last week. Last year, Asheville, N.C., San Francisco and New York City were awarded for their cloud innovation, according to AWS materials.

AWS will task a worldwide panel of experts with determining the eight grand prize winners from three award categories: Best Practices, Partners in Innovation and Dream Big, a new category that will recognize ideas toward cloud innovation and provide award credits for implementation.

“All around the world, local and regional governments are using the AWS Cloud to innovate and meet their mission,” said Teresa Carlson, Amazon's Vice President Worldwide Public Sector, in a statement. “The winners of last year’s City on a Cloud Innovation Challenge included local governments forecasting crime using machine learning, enhancing air traveler experience with Internet of Things data, and making data more accessible to developers and researchers – all made possible by the AWS Cloud. We’re looking forward to this year’s City on a Cloud Innovation Challenge and seeing how local governments are using the cloud in transformative ways.”

“Being selected as a 2014 City on a Cloud Innovation Challenge winner helped us accelerate our cloud adoption,” Jonathan Feldman, Asheville’s Chief Information Officer, said in a statement. “We continue to use the cloud for rapid product innovation; a great example is our recent SimpliCity application, which saves citizens time and reduces frustration when looking for city information.”

Entries must be received no later than Aug. 21, 2015, and will be judged based on criteria such as impact of the solution, likelihood of long-term success and potential of assisting other local governments with similar challenges. Click here for more information about the City on a Cloud Innovation Challenge.