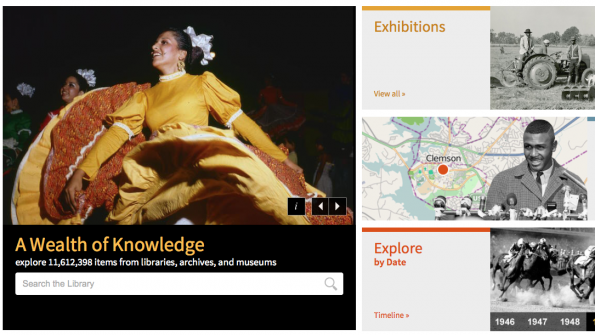 The funds will extend the network of digital historic artifacts to 36 states.

Bookworms from across the country will soon have expanded access to local historical and cultural artifacts through the Digital Public Library of America (DPLA) thanks to a $3.4 million investment from the Alfred P. Sloan and John S. and James L. Knight foundations.

The Sloan award, equaling $1.9 million, and Knight’s $1.5 million award will add 16 states to DPLA’s Service Hub network –a state-by-state aggregation of digital objects from museums, libraries and archives–by 2017, according to a DPLA announcement Friday. Those awards, in addition to previous gifts from the Institute of Museum and Library Services and the National Endowment for the Humanities, will make way for cultural heritage organizations to connect through the centralized national collection DPLA provides.

“An informed and engaged public is a prerequisite of American democracy. Libraries – be they physical or digital – play a fundamental role in encouraging people to know more about and become involved in the places where they live,” Jorge Martinez, vice president and chief technology officer at the Knight Foundation, said in a statement. “DPLA brings to life the unique items locked away in our nations libraries and archives while providing an invaluable opportunity to bring this information into peoples lives and homes – better connecting them to each other and their communities.”

The Knight Foundation also announced Friday that it will host an international call for ideas in innovating libraries – the second Knight News Challenge on Libraries, according to a DPLA press release.

DPLA’s network of digital libraries launched in 2013 with 16 partners in nine states. It currently offers local aggregation of national history from local perspectives in 20 states, including Connecticut, Minnesota, Kentucky and Texas. The collection offers access to more than 10 million written items, audiovisual materials and other resources of historical record  from 1,600 institutions to anyone with Internet access.

“With this gracious, continued support from Sloan and Knight, we can continue to focus on our largest strategic effort, which is to expand the DPLA network,” Emily Gore, DPLA’s director of content, said in a statement. “By building out DPLA’s coverage of state and regional service hubs, new communities and organizations from across the country will have access to essential 21st century services and programs, further enriching the scale and availability of our shared national cultural heritage online.”