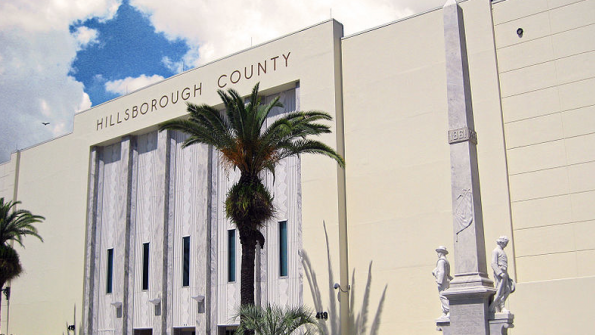 Americans are moving at rapid rates to counties in Florida, Nevada and Arizona to flee rising tax and housing costs elsewhere.

By and large, Americans are packing up and changing ZIP codes to some of the most unsuspected places, according to recently released U.S. Census statistics.

“When comparing many other communities around the country, if you can get a world-class education from a public school system…if you can get a larger home to raise your family and to grow … We’re all looking for pretty much the same thing. We’re trying to maximize our utility,” Cumming-Forsyth County Chamber of Commerce CEO James McCoy told the newspaper.

Florida, Arizona and Nevada had counties that magnetized the most newcomers; while Illinois, New York, Virginia and California had the most moving out, according to Pew Center of State’s Stateline analysis.

Florida’s Hillsborough County, which encompasses North Tampa, had the biggest single year turnaround with more than 22,000 folks moving in, after two years in a row of declining population, according to the analysis. 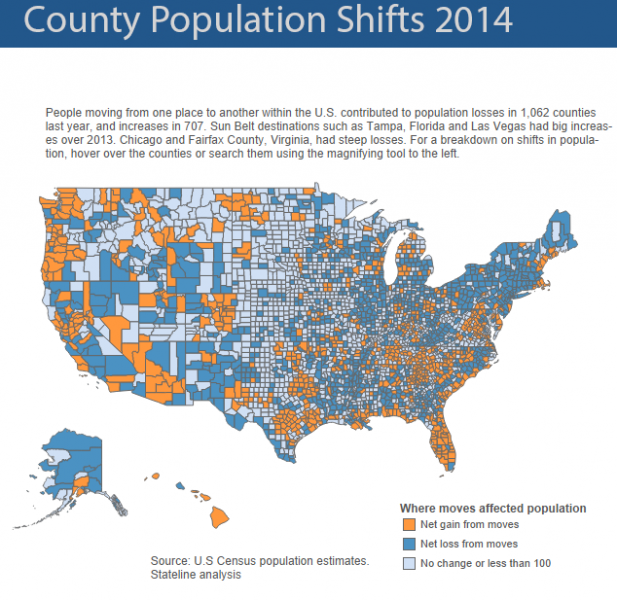 On the other hand, the news service reports job opportunities, taxes and housing costs contributed to the counties that saw major population losses like Cook County, Ill., which lost 48,000 residents between 2013 and 2014.

William Frey, a demographer at the Brookings Institution, told Stateline former Northeastern dwellers are taking after retirees by moving to Florida; while residents in Los Angeles have shifted to eastern California, Arizona and Nevada.

“We are not close to the surging movement that characterized the boom years of the early 2000s, but the increased draw of these counties shows that we are inching back,” Frey said.