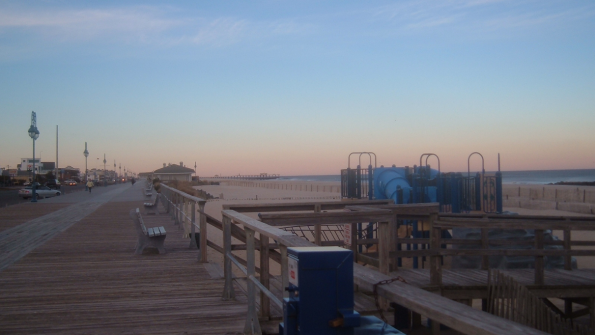 The mayor said this past weekend the town had "reached its capacity."

Many cities are looking for ways to boost tourism in the summer months, but this past weekend the mayor of Belmar, N.J., actually had to close down the town as tourists poured in.

Mayor Matt Doherty announced via twitter shortly after 3 p.m. on Sunday that all traffic into Belmar would be diverted, according to NJ Advance Media. His tweet read that the town had “reached its capacity.”

Tourists were blocked due to public safety concerns, according to local radio station New Jersey 101.5. “The amount of traffic was becoming overwhelming,” Doherty said. “We needed to limit the amount of cars to manage traffic.” This is the first time officials have had to shut down the municipality, according to the radio station.

The small beach town has an estimated population of 6,000, but that number increases to more than 60,000 in the summer, according to government materials.

A “perfect storm of good things” made this particular weekend in Belmar so popular, Doherty told NJ Advance Media. “We have our 29th Seafood Festival along with the day being a perfect 10 weather wise," he said. "We really reached our capacity, so we started to shut down people coming into town."

Belmar residents were still able to enter the town by showing their IDs at the road closures, according to the Associated Press. The town reopened to regular through-traffic around 7 p.m.