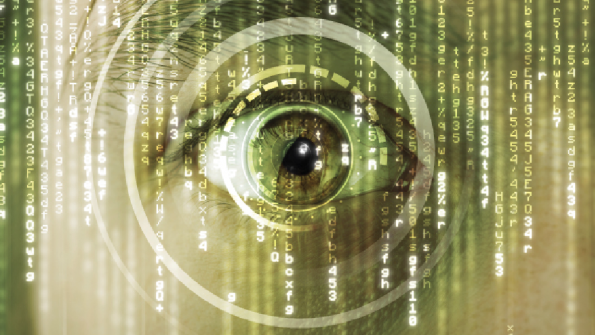 From physical to cyber security, technology is becoming a key element in public safety’s arsenal.

Streamlining and enhancing the exchange of information has occurred in nearly every sector during the new millennium, with government security chief among them. According to experts, these enhancements in increased communication and defense technology will continue to strengthen public safety over the next five years.

“When you look at New York City, it certainly is a model when you see the number of threats they have uncovered and thwarted over the years and the diversity of infrastructure they need to cover, such as mass transit, airports and tunnels. It’s a daunting task,” says Steve Lasky, editorial and conference director for Cygnus Security Group. “Homeland Security made it a priority to make municipalities emulate New York as much as they could. With advances in technology, municipal security has evolved into a network environment with wireless cameras that can be installed on almost any lamppost in the city. They can have multiple uses, such as traffic, security, prevention of potential crimes and monitoring.”

According to Lasky, the public and private sectors work together to protect civilians by sharing both technology and the burden of funding. Colleges, universities, healthcare facilities and mass transit work with law enforcement and city government as force multipliers for public safety.

“Law enforcement and private and institutional sectors are working on technology road maps that will benefit all parties involved,” he says. “The public safety sector has been crushed by budget cuts, but advances in communication and technology allow law enforcement and the private sector to share the responsibility.”

High levels of communication on shared wireless networks between first responders and video surveillance sharing between law enforcement and private and institutional organizations were key factors in making the Boston Marathon bombing response quick and effective.

“Communication between first responders and law enforcement was so much better [than during 9/11] due to the technology that is now available,” Lasky says. “It allowed them to get Boston General up to speed so they could have their emergency rooms and triage units ready to go for the first victims minutes after the bombing, enabling them to treat victims and save a lot of lives. Video surveillance almost tracked the suspects the entire way after they committed the crime, and infrared cameras were also used by law enforcement to find the suspect hiding in the boat. These were all cooperative efforts where all agencies were sharing information and talking to each other, thanks to technology.”

Lasky predicts this cooperation and communication between sectors will increase during the next few years, as will the use of disparate technologies such as video, audio, radio communication and high-tech gas sensors to detect potential weapons of mass destruction.

“Video cameras will become standard, and you will see a lot more regional connection and cooperation between major cities and suburban neighbors with connecting video networks,” he says. “You will also see a lot more cooperation between cities and infrastructure partners such as colleges and health care, making them a part of their security networks to maximize budgets for everything. Wireless technology also allows audio integration into scenarios, such as gunshot detection monitors, which can make a bigger case trying to solve crimes.”

Atlanta is at the forefront of employing police video technology and public/private sector communication to make the community safer. The Atlanta Police Department launched Operation Shield in 2007, a three-pronged public safety initiative designed to enhance communication between the department and Atlanta’s business community. It includes a video integration center where officers can constantly monitor video feeds from public and private sector cameras, an emergency text alert system so private security partners can receive notifications from the Atlanta Police Department, and an exclusive two-way radio security network through which all Shield members can share public safety information.

Joseph Spillane, deputy chief of field operations for the Atlanta Police Department, described his city’s public safety as a highly sophisticated, integrated and informative system with fluid communication between sectors, maximizing protection of both private citizens and police officers.

“Our predictive policing model we are using now ingests all our crime data into a mapping system that predicts crime based on a mathematical algorithm,” Spillane says “Officers will have a 500- by 500-foot box on their beats in areas where we have a historical chance of crime happening that they can concentrate on, and they can populate it with crimes that do occur. I see analytics only getting stronger in the next five years.”

The department is currently able to integrate data on top of video images, providing an officer a wealth of information when responding to an incident.

“If there is a 911 call at a location, data from that location is available and the closest four cameras will come up on a screen in the integration center,” Spillane says. “It can tell the officer the location’s history, who lives there, who pays the bills and if there is potential for violence.”

While Atlanta officers do not currently have body cameras, they are considering them for 1,000 officers sometime this year. According to Spillane, the cameras could impact the behavior of both officers and citizens in a positive way.

“The chances are people can get a lot more out of hand without video evidence,” he says. “It could result in people tightening up their behavior.”

The body cameras would also go beyond recording incidents to provide hard evidence of crimes.

“The new wave of body cameras in the next five years will be GPS-enabled and will record and download real-time information that can be streamed to a central location,” Spillane says. “Camera developers are also experimenting with facial recognition technology.”

The robust facial recognition system would include taking pictures of inmates processed at jails from eight different angles rather than just the standard mug shot, allowing them to be recognized by body cameras worn by officers in the field.

﻿“They have had success in a pilot project where they were able to match suspects with 85 percent certainty,” Spillane says. “It puts investigators on the right track.”

Spillane predicts the future of police technology will also include air units with sensitive cameras that can be operated from the ground as well as the use of drones. While the department currently uses license plate readers, he thinks their use will be more widespread because the information they are currently able to provide is extremely useful.

“Data from license plate readers can show who was in a neighborhood at what time, and it can be paired with camera data to see what a car looked like and who was driving it,” Spillane says.

As Atlanta hones its public/private sector communications with Operation Shield, it is creating an integrated safety net for the municipality.

“The data integration through Operation Shield not only connects public and private partners, but also collects information from various sources throughout the city,” Spillane says. “The central data and video integration gives police on the street real-time information. I see that improving in the next five years.”

Enhanced communication is also improving the world of government cyber security. As news of hackers and security breaches made the headlines with increasing frequency last year, Internet security became a priority for many institutions both public and private. According to Miki Calero, security strategist and founder of Urbis Global LLC, the federal government has been dealing with cyber threats since 2003 (when the National Cyber Security Division was formed).

“With everyone and everything becoming connected to the Internet, malicious cyber actors ranging from nation-sponsored hackers, terrorists, organized crime, cyber criminals for hire can launch attacks from anywhere in the world. Since they can target critical infrastructure, private company financial systems, and government personal information databases, communication between the federal government, public organizations at state and local level, and the private sector, is essential in sharing information,” Calero says.

In response to these threats, President Obama signed an executive order on Feb. 12, 2013, paving the way for a concerted effort to improve cybersecurity. One year after this, the National Institute of Standards and Technology (NIST) published a framework to structure the effort, and a road map for improving it.

About the cyber security framework, Calero remarks, “the level of participation made it a true, cross-industry, public/private effort, and the level of stakeholder and public engagement, resulted in framework that is on the mark, and not likely to need a full revision in the foreseeable future. Clearly, extensive communication and collaboration made it possible to identify common activities from a broad set of standards, requirements and practices, and map them into five functions all organizations have in common, and easy to communicate to audiences at all levels.”

The roadmap published with the framework describes it as a “living document,” and includes high priority areas that will require additional collaboration with partners in different sectors. One area stakeholders agreed should be a high priority is automated information sharing—communicating threat intelligence with peers, within partnerships, across sectors, government levels and across the board.

“Threat intelligence can be unstructured or structured. Unstructured intelligence includes data feeds, from commercial and open sources, and community threat exchanges. Putting together this type of threat intelligence leads to comprehensive situational awareness, but requires time and effort. However, to detect, respond and recover from cyber attacks in today’s threat landscape, intelligence needs to be structured to interact with security systems directly, similar to how computer code runs a program,” Calero says.

Enter Structured Threat Information Expression (STIX), and the Trusted Automated Exchange of Indicator Information (TAXII). According to Calero, “STIX is the threat intelligence language, and TAXII the delivery method. STIX was first introduced in 2012, and continues to be actively developed as a community-based effort along with TAXII, and other schemas and taxonomies geared toward improving cyber security through information sharing.”

The threat of crime will always be an issue in municipalities, but their recognition that joining forces across sectors to maximize their potential for protection has had a profound impact on the security landscape. As advances in technology continue to enhance the data exchange between institutions, law enforcement is more informed, hospitals are more prepared, technology is better funded and criminals are deterred and apprehended. Today’s progress, paired with the dedication of government agencies and private institutions to work together to protect citizens, are a good sign that the world could be a safer place by 2020.