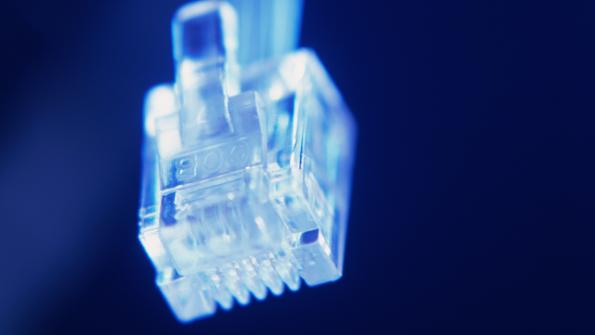 The FCC ruled Chattanooga, Tenn., and Wilson, N.C., can preempt state laws to expand broadband networks beyond their city limits.

The recent Federal Communications Commission (FCC) vote to keep the internet free and neutral made international headlines, but the organization’s second decision that day went widely unreported. The commission decided to allow two municipalities, one in Tennessee and one in North Carolina, to preempt state laws and provide Internet services to residents outside city limits – setting a precedent for similar actions in the future.

Last Thursday, the FCC voted to allow Chattanooga, Tenn., and Wilson, N.C., to extend broadband coverage beyond their city limits to rural communities. State laws prohibited the municipalities from providing such services, but the FCC argued the law allows the commission to preempt state laws that conflict with federal regulations, according to The Washington Post.

“The bottom line of these matters is that some states have created thickets of red tape designed to limit competition,” FCC Chairman Tom Wheeler said after the Thursday vote. “When local leaders have their hands tied by bureaucratic state red tape, local businesses and residents are the ones who suffer the consequences.”

The state laws limiting municipal broadband in both North Carolina and Tennessee were passed after lobbying from cable and Internet providers such as Comcast and AT&T, which argued expansion of municipal services would threaten their business, The Washington Post reports. In Tennessee, AT&T and Comcast contributed more than $215,000 this past election cycle.

“It makes no sense to keep up these artificial barriers that prevent development,” Chattanooga Mayor Andy Berke told The Washington Post. “What we’re really trying to do is grow our city through expanding out broadband to areas that need it. Those are the people who shop in our city, buy homes in our city. We live in a regional world.”

The FCC decision does not affect other states, but it does set a precedent for similar considerations in the future, The Wall Street Journal reports.

Wheeler, as well as President Barak Obama, have both said cities and towns should be free to build out their own networks, if they choose, according to The Wall Street Journal. Towns that explore this option generally do so because they believe private sector development hasn’t kept pace with residents’ needs.

Jim Baller, senior principal of Baller Herbst Stokes & Lide, the law firm that represented Wilson and Chattanooga's EPB in their proceedings before the FCC, applauded the agency's decision, according to CNET.

"This is an important moment for communities in North Carolina, Tennessee, and other states that have barriers to local investments in advanced communications networks," Baller said in a statement. "Not only has the Commission confirmed that it has authority to remove such barriers, but it has also compiled a massive record documenting the critical role that local Internet choice can play in fostering strong, vibrant communities and in ensuring that the United States will remain a leading nation in the emerging knowledge-based global economy."

But not everyone is happy with the decision. Republican Commissioner Ajit Pai, who voted against the measure, said the FCC doesn’t have the legal power to negate state laws and would need a clear statement from federal lawmakers to do so, according to The Wall Street Journal. His Republican counterpart, Michael O’Rielly, felt the same way.

“I’m deeply troubled by the policy implications of this order,” Commissioner O’Rielly said after the decision. He went on to caution that broadband networks set up by cities and towns have sometimes struggled financially.