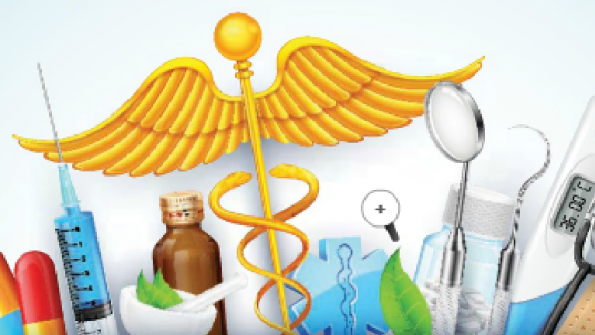 More than a year after its launch, the Affordable Care Act (ACA) is still causing headaches for local government officials and employees. Responses to the act have been varied, with some municipalities slashing benefits and hours, some working to embrace the new policies and some fighting the act outright.

One of the biggest changes brought on by the ACA is the “pay or play” mandate, which requires employers with more than 50 employees to provide health insurance to those working more than 30 hours per week or 130 hours per month. If these employers don’t, penalties can range from $2,000 to $3,000 per employee. However, in some cases this has caused employers – local governments included – to make cuts to hours instead of extending coverage, according to an issue brief released by Kronos, a workforce management company.

Such was the case with Long Beach, Calif., where, in 2013, the city attempted to limit the hours of part-time employees to less than 27 hours per week. Initially The Los Angeles Times reported about 200 of the city’s 1,600 part-time workers would be affected, but that number was later amended by

Tom Modica, then Long Beach’s director or government affairs, in The Washington Post. He said at the time budgetary issues were still being worked out, but the number would end up being significantly less than the 200 reported previously. Long Beach’s Director of Benefits, Michelle Hamilton, did not return calls for comment on the cuts.

Regardless of the number of employees affected, the ACA has created numerous challenges for Human Resources departments – especially those with constrained budgets. Ray Tomlinson, president of Crowne Consulting Group, an organization helping business and governments set up health clinics, says in this way, local governments are no different than their private sector counterparts. “[Because of the ACA,] employers are experiencing additional oversight, restrictions and costs,” he says. From a local government standpoint, there is now less management discretion at designing benefits packages that would help keep costs low, Tomlinson says.

However, municipalities are increasingly looking to an outside-the-box solution, Tomlinson says, opening onsite or near-site health clinics. These facilities cut down on costs by lowering the number of claims made by covered employees and thus lowering expenses across the board.

“The Affordable Care Act has actually created – even if unintentionally – an opportunity for employers to take a look at the onsite or near-site clinic or heath center as an option to run along side of their health plan,” says Tomlinson.

Several municipalities have opened health clinics in the past few years, including Oshkosh, Wis., Ocoee, Fla., and Anchorage, Alaska. In the summer of 2013, American City & County covered the Oviedo, Fla., clinic, which helped the city save approximately $2 million in claims since its opening in 2010.

However, making changes internally isn’t the only way to save funds in the face of mounting costs.  Another way to save in the post-ACA world is to take advantage of its offerings. Detroit, Mich., did so by offering retired employees who are not Medicare eligible a monthly stipend to buy into the ACA’s healthcare exchanges.

Starting March 1 of last year, as part of its bankruptcy plan, Detroit stopped providing health insurance to these retirees per negotiations between the city and retired employees. As part of the agreement, the city provides a stipend of $300 for each retiree over 65 who is not eligible for Medicare. The money is earmarked for use on the ACA exchanges. Detroit’s Director of Human Resources, Michael Hall, did not return calls for comment on the program.

While the move cut OPEB, or “other post-employment benefits” costs, many of the city’s retired workers are not happy with the decision. The Detroit Active and Retired Employee Association, which was formed in response to the city’s bankruptcy declaration, announced in a statement last month it plans to appeal the bankruptcy in federal court.

Legal action associated with the ACA isn’t limited to Detroit. Ohio’s Attorney General Mike DeWine announced last month a federal suit over the ACA’s Transitional Reinsurance Program – a component of the act that collects fees from participating entities to stabilize premiums in the marketplace in 2014, 2015 and 2016.

“In layman’s terms, what that actually does is raises everyone in the country’s premiums to the tune of $25 billion over the three years,” David Young, a commissioner of Warren County, Ohio, who first brought the Transitional Reinsurance Program to the attention of DeWine, says. “It takes those premium dollars to artificially reduce [costs] by subsidizing the premiums in these new marketplaces and then takes 20 percent of the money that it raises and gives it directly to the U.S. Treasury.”

There are 1,807 self-insured individuals working in Warren County, Young says, which means the Transitional Reinsurance Program costs the county $114,000 annually. Young admits this isn’t a tremendous amount of money for the county, but says the principle behind the program is “hugely unfair,” and merits legal action. He says that based on inter-governmental tax immunity, the program raises numerous constitutional questions and blurs the lines of taxation and representation.

Warren County, Young says, is experiencing a $24 million surplus currently and could easily pay the fee and avoid the legal trouble. However, he feels the fight is principled and worthy. While $114,000 won’t break the back of Warren County, Young says, “I can think of lots of other counties in the state of Ohio and across the country where $114,000 means you’re laying off three employees.”

Young says the ultimate goal of the suit isn’t to have the Transitional Reinsurance Program revoked, but simply for the county to be repaid. “We made this payment,” he says. “We are now suing to get that money back, so that moving forward we are exempt from those payments.”

To put it simply, “governments don’t tax each other,” Young says, adding, “That’s not the way we do government in this country.” Ohio’s suit has been filed and will be moving forward in the following months.