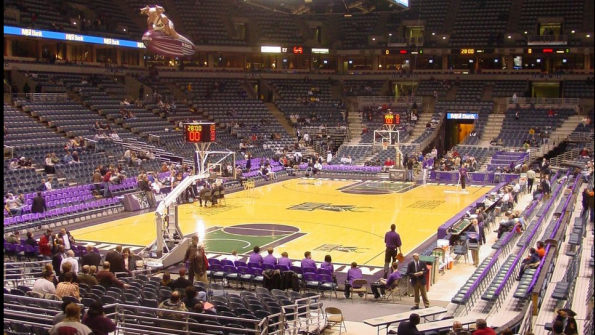 The proposal would force local lawmakers to rethink how they finance professional sports arenas.

President Obama’s recent budget proposal has drawn both praise and criticism, but one particular feature has a number of city officials and stakeholders nervous. The proposal would eliminate the tax breaks associated with city-funded professional sports stadiums.

The proposal would eliminate the so-called private payment test, which allows local governments to issue tax-exempt bonds to help pay for new sports arenas. By eliminating this exemption, the federal government could collect an estimated $542 million by 2025, according to CBS Sports.

Most local lawmakers applaud the tax breaks, which make it much easier to build large stadiums. Professional sports teams often will leave town if up-to-date facilities are not constructed, Politico reports. If the teams leave, local economies can suffer.

However, cities often contribute funds even when they aren’t in danger of losing a team,a practice that draws criticism. Coupled with questionable business practices and dealings that are made “behind closed doors,” stadium construction is often a dicey prospect, as was the case with the Atlanta Brave’s new Cobb County stadium.

Politico reports Obama’s proposal isn’t likely to become law, but is instead designed to force Republican lawmakers to stand up for a tax break that many criticize as being a corporate handout. Wisconsin Gov. Scott Walker (R) is one leader in such a position.

Late last month Walker announced his plan to finance a new stadium for the Milwaukee Bucks, according to the Milwaukee Journal Sentinel. Walker plans to issue $220 million in state-issued bonds to help pay for the stadium, which he called a “common-sense, fiscally conservative approach.”

But Obama’s proposal could derail Walker’s plans. CBS Sports reports the proposal would go into effect for bonds issued after Dec. 31, 2015. In a meeting with the Metropolitan Milwaukee Association of Commerce Walker said if Wisconsin doesn’t help pay for a new arena by 2017, the team is under obligation to consider moving elsewhere, according to Politico.

To read more about the ins and outs of funding new sports arenas, click here.