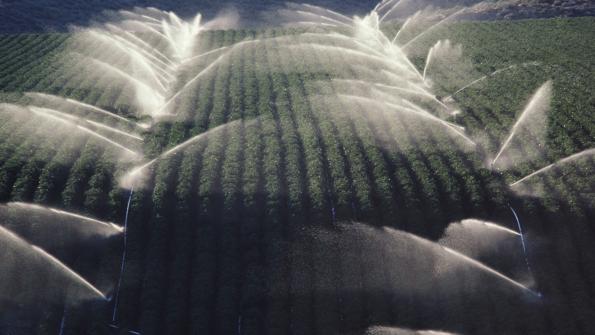 ‘Waters of the U.S.’ redefinition could wrest control of natual resources from local governments

NACo says redefining 'waters of the U.S.' could lead to disputes between local and federal government agencies as well as safety issues.

At a joint congressional hearing earlier this month, National Association of Counties (NACo) First Vice President Sallie Clark voiced concerns over the federal government’s proposal to redefine “waters of the U.S.” Concerns stem from proposed redefinitions of various water-related terms; depending on how terms are interpreted, responsibilities could be blurred, and public land and infrastructure held by local governments could fall under federal purview.

On April 21 of last year, the U.S. Environmental Protection Agency along wit the Army Corps of Engineers together released a new proposed rule – Definition of Waters of the U.S. Under the Clean Water Act. According to NACo materials, the rule would change the definition of “waters of the U.S.” and expand federal oversight and jurisdiction.

One of the primary concerns with this redefinition, Clark said, is that the proposed rule introduces new and unclear terms such as “tributary,” “significant nexus,” “adjacency,” “riparian areas,” “floodplains” and “neighboring.” Depending on how these terms are defined, the power structures centered around water resources could be reshaped.

Local governments own nearly 80 percent of all public road miles and about half of the nation’s bridges. They also own most water quality systems and other infrastructure such as roadside ditches, storm water systems, green infrastructure and drinking water facilities, according to NACo materials. Clarke testified that redefinition would create uncertainty in responsibility, delays in projects and safety risks for local governments.

Clark’s concern reemphasizes the association’s previously stated position on the redefinition. In November, NACo called for the proposed rule to be withdrawn until further analysis and more in-depth consultation with state and local officials could occur.

“NACo supports common-sense environmental protection. Expanded federal oversight and the proposal’s vague language would create more uncertainty and delays in critical work without any proven environmental benefit,” Clark said in a statement. “Let me be clear, counties support clean water. Our goal is to ensure public safety and economic vitality while safeguarding water quality. The current proposal falls short of this goal.”

Clark emphasized the importance of local, state and federal process in crafting practical rules and implementing water policy. “Counties are not just stakeholders in this discussion – we are key partners in the federal-state-local intergovernmental system,” she said in a statement.

To learn more, watch the video below.