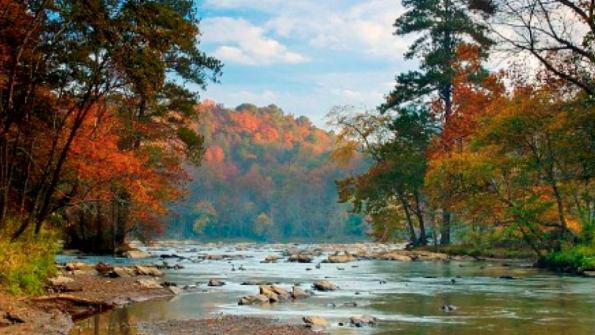 For decades Florida and Georgia have been battling over water consumption issues. Most recently Florida sued its northern neighbor for damages done to the panhandle’s Apalachicola region. This week, Georgia responded to the claims made in the suit.

Georgia fired the latest salvo in a decades-long war with Florida over water rights.

In 2014, the U.S. Supreme Court agreed to hear Florida’s lawsuit, which alleged Georgia was consuming too much water from the Flint and Chattahoochee rivers. National Public Radio reports that on Monday, Georgia filed its response to those allegations.

Georgia denied the claim that Florida’s Apalachicola region is “suffering serious harm” due to Georgia’s increased storage and consumption of water, The Gainesville Times reports. The region draws water from the two rivers, both of which flow first through Georgia.

In what the Atlanta Journal-Constitution calls a “tersely-worded” legal document, Georgia rejected the notion that reduction in flow from the river basins have shrunk habitats along the Apalachicola bay and “precipitated a collapse of Florida’s oyster fishery.”

The document also denies Florida’s accusation that the increased water demands of Georgia’s growing population would threaten “the viability of the Apalachicola Region’s ecology, economy and way of life,” according to the paper.

Leaders in both states are girding themselves for a long and costly legal battle. The Atlanta Journal-Constitution reports Georgia Gov. Nathan Deal has increased staff to handle the new round of litigation and tapped a “water czar” to coordinate the state’s efforts.

The outcome of the most recent round of litigation will depend on Ralph Lancaster, the Maine attorney appointed to be a “special master” to oversee the pleadings, according to the paper. Lancaster will be able to summon witnesses and issue subpoenas, and will likely file reports directly with the Supreme Court.

“I never predict what’s going to happen once you’re in a court, especially a federal court,” Deal told The Atlanta Journal-Constitution. “Anything could happen there. But the indication from the special master is that he wants at least his part of it to be included in a rather expeditious fashion.”

For more information, you can read Georgia’s complete response here.