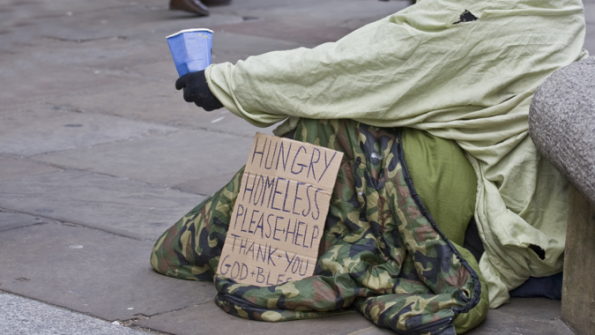 Homes for the homeless in Utah

By providing homeless individuals with housing, Utah is cutting down on chronic homelessness.

The idea has yielded impressive results. Chronic homelessness in the state is down 74 percent since the program’s inception, according to The Salt Lake Tribune.

Previous strategies in the state – and the prevailing paradigm throughout the country – dictate that a homeless person must deal with substance abuse issues and land a job before he or she can qualify for subsidized housing. The newspaper reports that in 2005, Utah swapped the sequence, first providing homeless individuals with a home where they could stabilize so that medical, substance abuse and employment issues could be dealt with.

"That’s a big shift," Lloyd Pendleton, director of the Utah Homeless Task Force, told The Salt Lake Tribune. "You take someone out of Pioneer Park, and you put them in an apartment."

The strategy may sound strange. The New Yorker’s James Surowiecki writes: “Handing mentally ill substance abusers the keys to a new place may sound like an example of wasteful government spending. But it turned out to be the opposite: over time, Housing First has saved the government money."

He explains that caring for the homeless is expensive for governments. The costs of shelters, emergency room visits, ambulances rides, police intervention and incarceration quickly pile up. Pendelton told The New Yorker one homeless individual’s care costs, on average, about $20,000 a year, but he has seen that figure go as high as $1 million.

Placing someone into permanent housing costs the state about $8,000 through the program, which includes the cost of a case manager who works with the formerly homeless individual to help with adjustments, The New Yorker reports.

Not only is it cost effective, the program is working. The initial pilot program placed 17 people in homes, and after 22 months, not a single individual was back on the street, according to The New Yorker.

It may seem paradoxical that Utah, one of the most conservative states in the country, would use tax dollars to give homes to those who did not earn them, but the finances and success rates appear to have convinced lawmakers of the merit of the program.

Writing for The American Conservative, John Stoehr, managing editor of The Washington Spectator, says “In choosing to give away housing to those who did not earn it by their labor, Utah may appear to be a bastion of [welfare] in which hard-working Utahans are victimized by a powerful state government believing that somebody else deserves what they have earned. But dig deeper and you find a pioneering effort that is, first of all, effective and, if viewed properly, honors the spirit and substance of conservatism.”

Some homelessness experts agree Utah’s approach may be the best. “If you move [homeless] people into permanent supportive housing first, and then give them help, it seems to work better,” Nan Roman, the president and C.E.O. of the National Alliance for Homelessness, told The New Yorker. “It’s intuitive, in a way. People do better when they have stability.”