George Allen, an ambassador for the Association for Passive Optical LAN (APOLAN) says the benefits of optical LAN networks for local government are manifold. 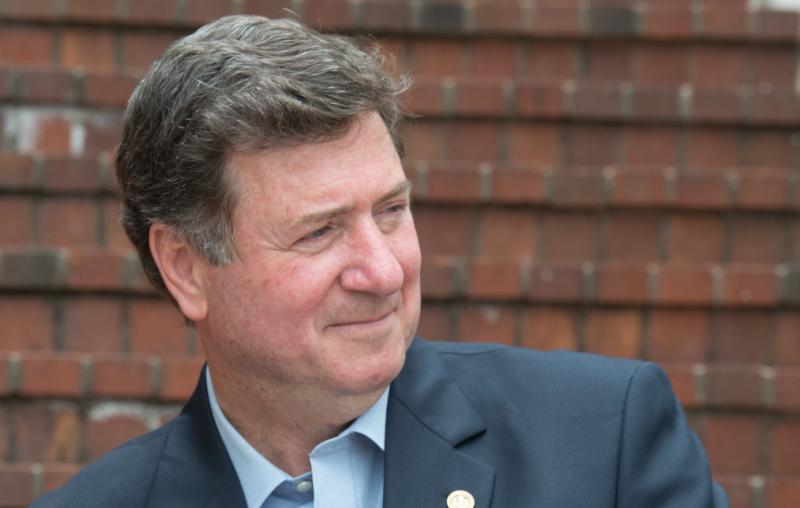 Technology in today’s workplace can help or hinder our budget-constrained organizations. Government and business leaders worry that technologies are rapidly outdated and cannot keep pace with user demands. As Governor of Virginia, I saw that one could waste more money faster on new technology. Couple this technology challenge with America’s need to be less wasteful, more efficient and smarter in the use of our valuable energy resources. What is the answer for forward-looking organizations?

Last year, I was introduced to a technology that addresses both the workplace technology evolution and energy conservation: fiber-based passive optical LAN, or “optical LAN.”

What is a passive optical LAN?

Optical LAN is a comprehensive communication network that uses fiber and passive components like splitters instead of active components like repeaters and amplifiers. It has a proven track record of delivering voice, video, data, wireless access, security and high-performance building automation for government and commercial workplaces.

An optical LAN network costs significantly less than a traditional copper-based active Ethernet infrastructure, which requires multiple cable types to deliver voice, video and data services. An optical LAN network consolidates cabling, converging all signals onto a single fiber optic cable. The benefit of this consolidation is far-reaching—it provides the simplicity, scale and bandwidth to address current and future technology needs for IT networks. In short, it minimizes costly and disruptive cabling and equipment upgrades. Some call this “future-proofing” a network.

Optical LAN is good for business, good for America and good for the taxpayer.

Many government agencies have turned to optical LAN as a means to reduce costs and become more “green” during a time when budgets and resources are increasingly strained. Federal agencies including the U.S. Army, U.S. Department of Energy, U.S. Department of Homeland Security, U.S. Air Force, U.S. Army Reserves and the U.S. Marine Corps. have adopted optical LAN as their solution to securely and efficiently serve our country.

How does it work?

Optical LAN utilizes passive optical splitters that are placed at a single point in the all-fiber infrastructure. These splitters replace the cross connecting that occurs in a traditional copper-based network’s telecommunication closet. Optical LAN technology accommodates a tremendous amount of IP traffic over a lightweight, all-fiber passive infrastructure. This is accomplished by the head-end Optical Line Terminal (OLT) splitting up data traffic through Virtual LAN (VLAN) segregation and delivering network communications to the intended user or device within the enterprise architecture. Implementing an optical LAN infrastructure ends the need for the distribution and workgroup switches, cables and wiring closets found in traditional copper-based networks. The layer-1 infrastructure is constructed of fiber, which does not conduct electricity, making optical LAN more secure than a copper LAN. Fiber does not emit electromagnetic radiation or interference (EMI), as copper does, and thus cannot be easily compromised by hackers attempting to intercept the radiation leakage. Additionally, optical LAN protects the downstream communications with 128-bit Advanced Encryption Standard (AES) encryption.

The Association for Passive Optical LAN (APOLAN) is a non-profit organization that is driving adoption and educating the market about the technical and economic advantages of passive optical LAN technology. Through its members comprised of manufacturers, distributors, integrators and consulting companies actively involved in the marketplace, the APOLAN hopes to help design engineers, architects, building owners, CIOs and IT departments succeed with passive optical LAN.

Together with the APOLAN, I champion optical LAN as the next generation of enterprise LAN infrastructure. I respectfully urge state and local governments to join respected federal services in adopting this exemplary cost-saving, secure and future-proof technology.

George Allen joined the Association for Passive Optical LAN (APOLAN) as ambassador in August 2014. He has served Virginia as Governor and in the U.S. Senate. In the Senate, Allen served as Chairman of the Senate High Tech Task Force and created the Competitiveness Caucus. He and Senator Ron Wyden (D-OR) co-founded the Nanotechnology Caucus and also co-sponsored the 21st Century Nanotechnology Research & Development Act in 2003. He also sponsored the Minority Serving Institution Digital and Wireless Technology Opportunity Act of 2005. During his time as Governor, he transformed Virginia into the “Silicon Dominion” with unprecedented $13 billion in new private investment and over 300,000 net new jobs created in four years.