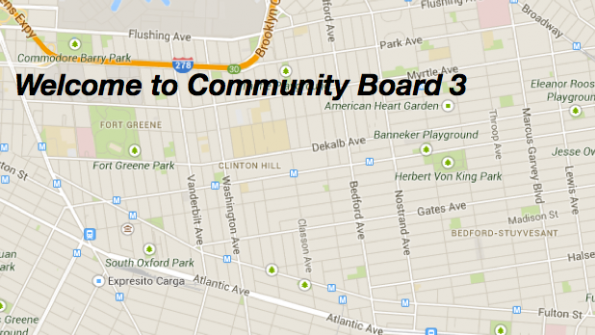 They can't vote, but teenagers can now take part in the municipal process in New York City.

They can't vote, but teenagers can now take part in the municipal process in New York City.

Thanks to a new law, 16 and 17-year-olds can now serve on their community boards. Prior to this November’s election, the minimum age requirement to serve on the advisory boards was 18, according to the Daily Intelligencer.

There are 59 total community boards across New York’s five boroughs, each with 50 seats. They advise local government officials on issues relating to zoning changes, liquor licensing and budgeting for local projects.

In allowing young people to hold up to two of each of the board’s seats, New York is among a handful of cities nationwide giving high schoolers a chance to actively participate in government. PBS reports minors as young as 12 can sit on certain advisory commissions in San Francisco; Takoma Park, Md., last year lowered its voting age to 16 for municipal elections; and Los Angeles is considering appointing a non-voting student representative to the school board this spring.

One teenager who is considering applying for a position, Rashana Jackman, told the AP she is interested in issues relating to education, health and social services in her diverse neighborhood of Bedford-Stuyvesant. “It’s a great opportunity for me to make a change in my community,” Jackman said. But some local leadership is wary of letting teens hold positions of authority.

“I think it belittles the position and lessens the boards’ significance to elected officials,” Assemblyman David Weprin, a Democratic former city councilman who voted against the state legislation, told the AP. Assembly Republican Leader Brian Kolb echoes Weprin's concerns. “Youth involvement in the community is one thing,” Kolb says, but youths voting on budget and liquor license recommendations “is quite another.”

But advocates say young people should have a say in how their neighborhoods are run, and their participation can help groom the future of civic leadership while adding a fresh perspective, according to PBS.

“It helps young people get invested in their communities, and I really believe that 16- and 17-year-olds have a lot to contribute,” state Assemblywoman Nily Rozic told PBS.