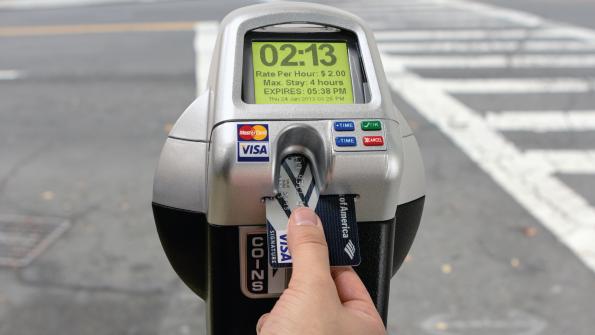 As technology evolves, so too has the way cities are thinking about parking management. By using smart phone apps, smart meters and data analytics, municipal parking authorities are helping their cities run more efficiently. 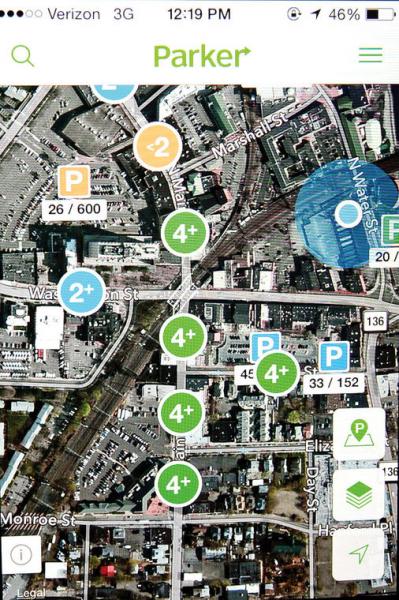 Norwalk, Conn.’s, parking authority manages about 4,000 parking spaces in the city’s downtown core as well as those located in various garages and train stations.

To best manage its parking assets, the city has turned to cutting-edge technology to attract businesses, increase parking turnover and create a more sustainable, viable downtown. “The technology finally caught up to us,” says Hebert.

As part of a pilot program, Norwalk partnered with parking management companies Streetline to install on-street traffic sensors, and CASE Parking for traffic counters. The counters and sensors transmit real-time traffic data to a smart phone app, called “Parker.” The app uses GPS data to guide drivers, using voice commands, to areas and lots where parking is most likely to be available.

There are three main benefits to having such a system in place, Hebert says. The first is the convenience it offers customers. Someone new to the city or a commuter looking to find parking can refer to the app and in real-time tell how close he or she is to a spot, and how likely it is the spot will be vacant.

The second benefit, says Hebert, is to the environment. Instead of driving around looking for a spot  – spending more time on the road and burning more fossil fuels – drivers can immediately head to an open spot and park without guesswork. This decreases pollution and congestion in the city.

The third benefit is to the parking authority. The system generates minute-by-minute activity data to paint an accurate representation of parking downtown. This information is invaluable when it comes to making policy decisions on rate changes and infrastructure alterations. “The data analytics are so important to decision making,” Hebert says.

Overall, the one-year pilot program cost around $100,000, Hebert says. There are plans in the works to expand the program.

As many of Alameda, Calif.’s, parking meters reached the end of their service life, the city launched a pilot program to replace them with “smart meters.” These meters have many benefits compared to their traditional counterparts, according to Liam Garland, administrative services manager for the city.

The meters feature digital displays and accept credit card payments as well as cash and coin, Garland says, but their benefits go beyond customer convenience. The data these meters generate and their communicative capabilities are invaluable.

A benefit of the meters, Garland says, is that they allow parking agents to be proactive about both enforcement and maintenance. Instead of walking a beat, agents are told when a meter has expired and directed to the meter. This improves efficiencies in the department and frees up resources. Additionally, the meters can communicate back to officials when they are full of change, taking the guesswork and wasted time out of collections efforts.

Instead of waiting for a member of the community to report a broken meter, the meters themselves communicate malfunctions via text to officials, allowing the department to be proactive about maintenance and repairs, Garland says.

The smart meters will also increase revenue for the city. Garland says when a parker pays with change, it’s generally the bare minimum amount. But when the same individual has the opportunity to pay with a credit card, they will usually put the maximum amount of time on the meter.

This, of course, increases the funds collected by the individual meter, but has the added benefit of keeping individuals downtown longer, as they are not rushing back to move their cars, says Garland. This benefits local businesses and restaurants, as more people are spending more time shopping and dining.

As part of the pilot program, the city installed 40 meters early last month, Garland says. The meters cost about $500 apiece.

As part of the transition, the city will be shifting from its previous pay-by-phone vendor to Parkmobile, a new, more robust smartphone-based pay-to-park service.

Customers download a free app onto their Android or iOS device, and enter their vehicle’s license plate number. Customers can then enter credit or debit card information to be stored within the system, or can opt to enter card numbers whenever they park.

Each meter has a number associated with it that customers enter into the app, along with the duration they would like to park. The app automatically charges the card entered or the account on file.

For the new system as well as the maintenance and upkeep of the parking spot and the meter, the city pays the vendor on a per-space basis, according to Mark Jernigan, the director of New Orleans’ Public Works Department. The cost per space is $687 annually.

While Jernigan says payment-by-phone is an important feature for parking authorities to offer, he doesn’t see this functionality making meters obsolete anytime soon.

“In order to service everyone, we’re going to continue to have to accept coins and cash where we can. I don’t see that going away,” Jernigan says. However, he added

“I see the predominant method of payment probably transitioning more to either smart phone or credit card.”